The Academy and Marx

You can’t make this stuff up. Carnegie Mellon University in Pittsburgh, a prestigious university named for two of America’s wealthiest capitalists, is having a year-long celebration in honour of Karl Marx’s 200th birthday—a university that charges US$70,000/year in undergraduate tuition. Useful idiots are never so useful as when they are highly educated in the liberal arts at more and more Western universities. 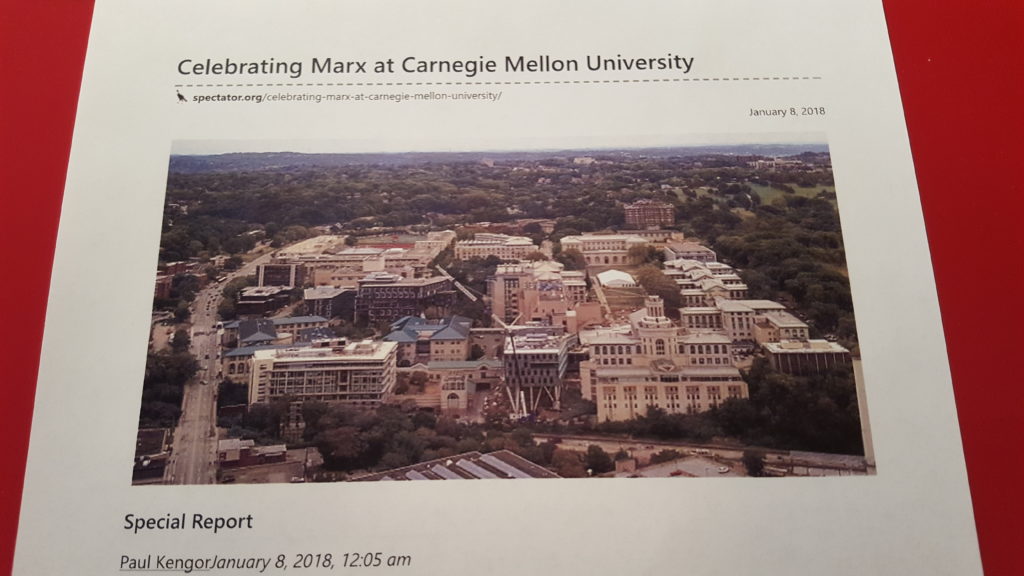 Jürgen Habermas, “the quintessential German thinker after the Second World War”, according to Michael Geyer, TLS, October 6, 2017, confronted the Frankfurt School of Theodor Adorno, Herbert Marcuse and others (see The worst of times, the best of times), a disease that infected Western thought with its Marxist’s conception of modernity and spread in the American & Canadian universities. Habermas “pushed German philosophical, sociological and legal traditions to a complex theory of law and democracy.” This was a much needed blow to these “nattering nabobs of negativity” in the inimitable words of Spiro Agnew, vice-president in Richard Nixon’s presidency. But unfortunately, only a powerful blow, not a fatal one.

Another strand of the disease infecting much of Western thought comes from the French structuralists and their focus on “the Other”, according to Mark Lilla in his book, The Once and Future Liberal: After Identity Politics. They romanticized everyone who was marginal in Western societies, but had no interest in including them, only in demonizing Western democracies. “Structuralism found a home in the American academy, and its tenets have

since been translated into identity politics, with its tacit equation of virtue and Otherness,” writes Michael Knox Beran in his review of Lilla’s book in the National Review, August 28, 2017. And guess where this cult of minorities leads? Why, straight into the arms of Marxism!

The very definition of the academy seems to be “prone to be infected by the communist virus”, whose professors then manipulate the story to prove their point of view. Exhibit No. 1: The current caterwauling about the applicability of Animal Farm to Trump’s presidency is unbelievable. This novel by George Orwell, published in the 1940s, was ‘discovered’ by progressives as the perfect story of what is happening in America: the tyranny of Trump and his fellow deplorables governing illegally. The fact of Trump legally winning the election, along with a majority of Republican candidates for the Congress and Senate, is irrelevant; the fact that Animal Farm was written as an allegory of Soviet Russia is unknown by readers under 50 and therefore unimportant. I must say, even though I know history is old news to the younger generation, I read this rubbish in disbefief, especially as Animal Farm is one of the finer indictments of socialism, particularly Soviet Russia, for my generation.

If the virus were confined to the academy, that would be sad, but not too damaging to the body politic. But the academy is looked to for leadership in a liberal democracy, so its infection has spread throughout the Western world. Exhibit No. 2: An attack on Stalin, responsible for many more millions murdered than Hitler, is rare; an attack on Churchill is not only written, but given a gold star by the intelligentsia. “The servility with which the greater part of the English intelligentsia have swallowed and repeated Russian propaganda from 1941 onwards” was just a continuation of their attitude during the Spanish civil war, as documented in the Orwell Project by O. Dag. Fortunately, there is a large shelf of anti-Russian output, but almost all of it by conservatives—and by people who have actually lived under its iron thumb. But real experience is of much less importance than the theoretical glory of Marx and his academic cheerleaders. 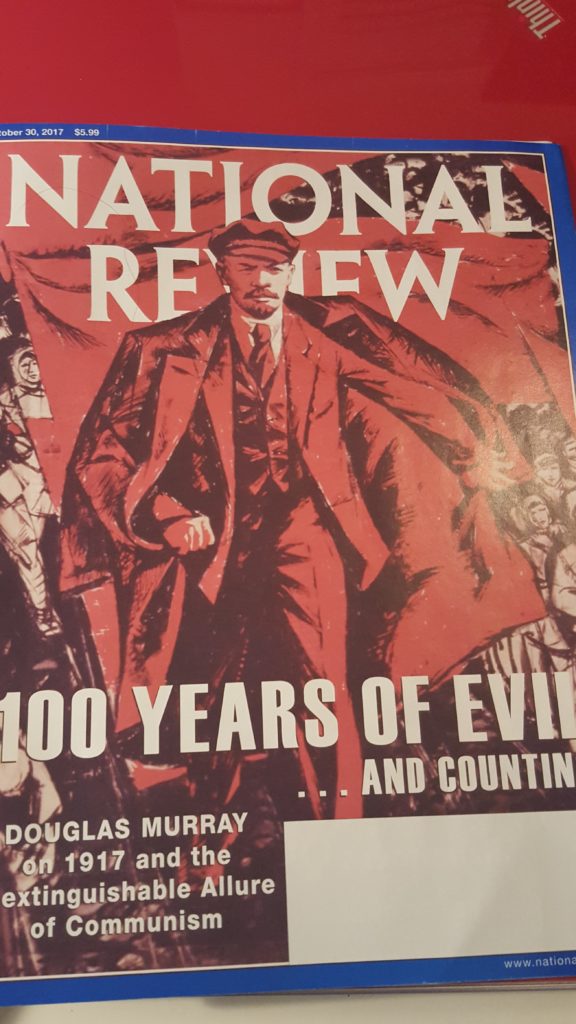 The disease is epidemic

Now, the disease is an epidemic, with 95%-plus of the academy in the Western world leaning left—and many of them hard-left. Not only are they not fulfilling their traditional role in liberal democracies—the literary and scientific intelligentsia as guardians of liberty—their theoretical hatred of liberty is starting to be manifested in practice. Exhibits No. 3, No. 4 & No. 5: Jordan Peterson’s hounding at University of Toronto because he refuses to use the self-selected pronouns of the socialist shock troops; Lindsay Shepherd’s harassment at Wilford Laurier University for daring to present a debate with two points of view; students at Yale University screaming and throwing tantrums when a professor dared to say Halloween costumes need not be regulated, leading to that professor’s servile apology to the ‘toddler’ students. Free speech on university campuses is only free if students hew to the politically correct argument; any deviation is suppressed, violently if necessary, and proponents expelled if they persist. If liberty means anything at all, it means the right to tell people what they do not want to hear.

What the academy is fulfilling, unfortunately, is influencing our chattering class and politicians, with our prime minister leading the leftie parade. (And Justin Trudeau loves parades because there’s not a thought in sight, just flash and selfies.) When Fidel Castro died, Trudeau praised him as “a legendary revolutionary and orator” and made no mention of the police state Cuba is, with dissidents disappeared as one of its regular features. Then there’s Britain’s Jeremy Corbyn who’s unapologetically hard-left whose closest colleagues openly praise Stalin and Mao. The disease has even taken root in the US—the land of the free and the home of the brave—spreading from the ancient, socialist mind of Bernie Sanders into the young, ignorant minds of university students. A perfect present example of the disaster that is socialism is Venezuela, an oil-rich country that Hugo Chavez couldn’t resist wrecking. But when conservatives point out the repeated colossal failure that is Marxism/communism/socialism, the progressives whine the inevitable cliché, “You can’t make an omelette without breaking eggs.” The best reposte was Orwell’s again, “Where is the omelette?” 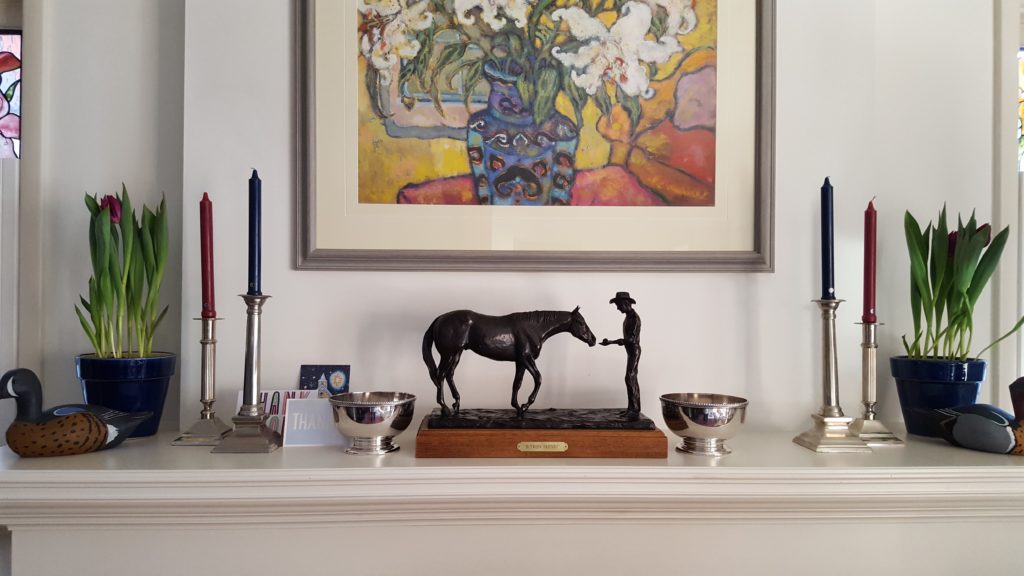 The good fight goes on

Conservatives, who value liberty and the enlightened values the West was built on, have to constantly beat back wave after wave of progressive propaganda: