The worst of times

I thought our generation had somehow allowed the rot of left-wing progressive thought to contaminate the Western world of liberal democracy. But the infection started long before that, originating from Marx and Engels in the mid-1800s and spreading throughout the civilized world by academia in the intervening decades. Where its most virulent carriers used to be confined to the ivory towers of postsecondary institutions, they now proliferate from preschool to postgraduate education. Our children are indoctrinated in this pernicious political philosophy long before their critical faculties develop. Now, in the 21st century, the elites of every stripe have joined them in this folly.

Why? The history of communism/socialism/progressivism—siblings in the family of the left, from hard to slightly softer to insidious consumer of democracy from the inside out—is one long tale of disaster. Untold death and misery are their primary markers everywhere they gain entry to the body politic: Lenin’s-Stalin’s-successors’ USSR, Mao’s China, Castros’ Cuba, Chavez’s and now Madura’s Venezuela, and on and on and on. In trying to figure out why so-called intellectuals in liberal democracies embrace the left, I came across an illuminating explanation. Lionel Trilling said of one of Henry James’s characters that she “is the very embodiment of the modern will which masks itself in virtue, making itself appear harmless, the will that hates itself and finds its manifestations guilty and is able only to exist if it operates in the name of virtue”, in other words, the modern phenomenon of virtue-signaling, which is a prime characteristic of progressives.

Humans are paradoxical. Trilling goes on to say, “Some paradox in our nature leads us, when once we have made our fellow men the object of our enlightened interest, to go on to make them objects of our pity, then our wisdom, ultimately of our coercion.” And this self-aggrandizement is highly pleasurable and addictive: One can sip champagne in the luxury of a chauffeur-driven limousine, shutting out the noise and dirt of the ‘ordinary’ people, while feeling oh, so good about how benevolent one is. Closer to home, Premier Notley says, “I will help you,” whether Albertans want to be helped or not, especially by her government reaching into our right pocket to take out $20 and then putting $10 back in our left pocket—and expecting a thank you and our vote for her beneficence. 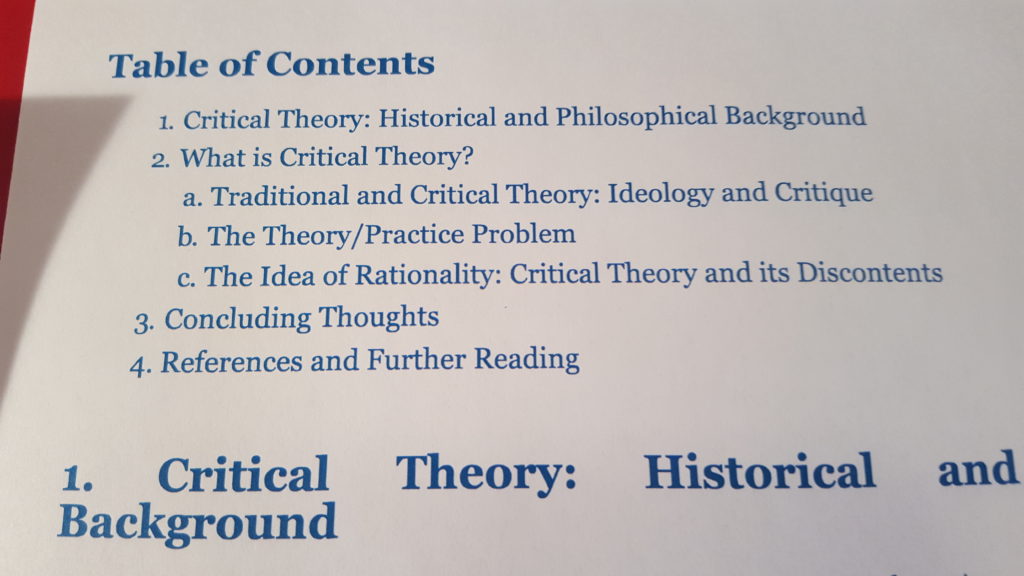 Nihilism comes courting. And then there was a small band of central European nihilists, known as the Frankfort School, who penetrated and subverted the Anglosphere’s psyche in the 20th century. The aim of the Institute of Social Research, located in Frankfort, Germany, was to develop Marxist studies, and it eventually generated a specific school of thought called critical theory. In 1933 when the Nazis forced it to close, the institute moved to Columbia University in New York, and from there its academic influence has spread throughout American and Anglosphere universities. Among its core issues are the critique of modernities and capitalist society, the definition of social emancipation and the perceived pathologies of society.

Sound familiar? I had heard of the Frankfort School and critical theory, but studying English and philosophy—and getting my teaching certificate as soon as possible to begin earning a living—I paid them little heed. Especially because they emanated from the sociology department, the precursor of all the useless ‘studies’ departments that currently contaminate Western universities, racking up little knowledge but mounds of debt for their students. Among the prominent first-generation critical theorists (1935-1969) were Max Horkheimer, Theodor Adorno, Walter Benjamin, Erich Fromm and Herbert Marcuse. And it is this last one, according to David French in “Malign Marcuse”, National Review, April 17, 2017, in his 1965 essay “Repressive Tolerance”, that is the main fount from which the radical left has drunk to justify their intolerant, hateful behaviour.

Marcuse maligns America. Here is Marcuse’s malignant theory that infected the left then with the disease only metastasizing since:

That is, toleration of free speech ends where speech disputes the left’s agenda and disagrees with the left’s goals. And then Marcuse did what all hard leftists do: twisted the words to mean what he defined them as. He labeled the left rational and everyone who disagreed irrational; he called his intolerance ‘liberating tolerance’ and what was commonly defined as tolerance—i.e., 1a) willingness or ability to accept or allow without protest or irritation, Canadian Oxford Dictionary—‘intolerance’. Reminds one of Humpty Dumpty, eh?

“When I use a word,” Humpty Dumpty said, in a rather scornful tone, “it means just what I choose it to mean—neither more nor less.”

“The question is,” said Alice, “whether you can make words mean so many different things.”

“The question is,” said Humpty Dumpty, “which is to be master—that’s all.”

And Marcuse and his fellow critical theorists decided to be masters, laying the intellectual foundation for campus radicals. One of the ugliest concepts built on this foundation is ‘intersectionality’, a joke made real with victims and rights proliferating and persons and responsibilities evaporating.

Through the looking glass we go. We are through the looking glass when these same shouting radical leftists stay silent in the face of real tyranny: condemn Israel, but stay silent about Palestinian terror and use of their own people as human shields; tear their hair over women’s treatment in Western society, but stay silent about Muslims’ treatment of women as chattel; condemn American military interference in Syria, but are impotent in the face of Aleppo’s people being slaughtered by the hundreds and thousands. Where, oh where is Lewis Carroll when we desperately need him to poke his beautiful holes in the left’s inflated egos? 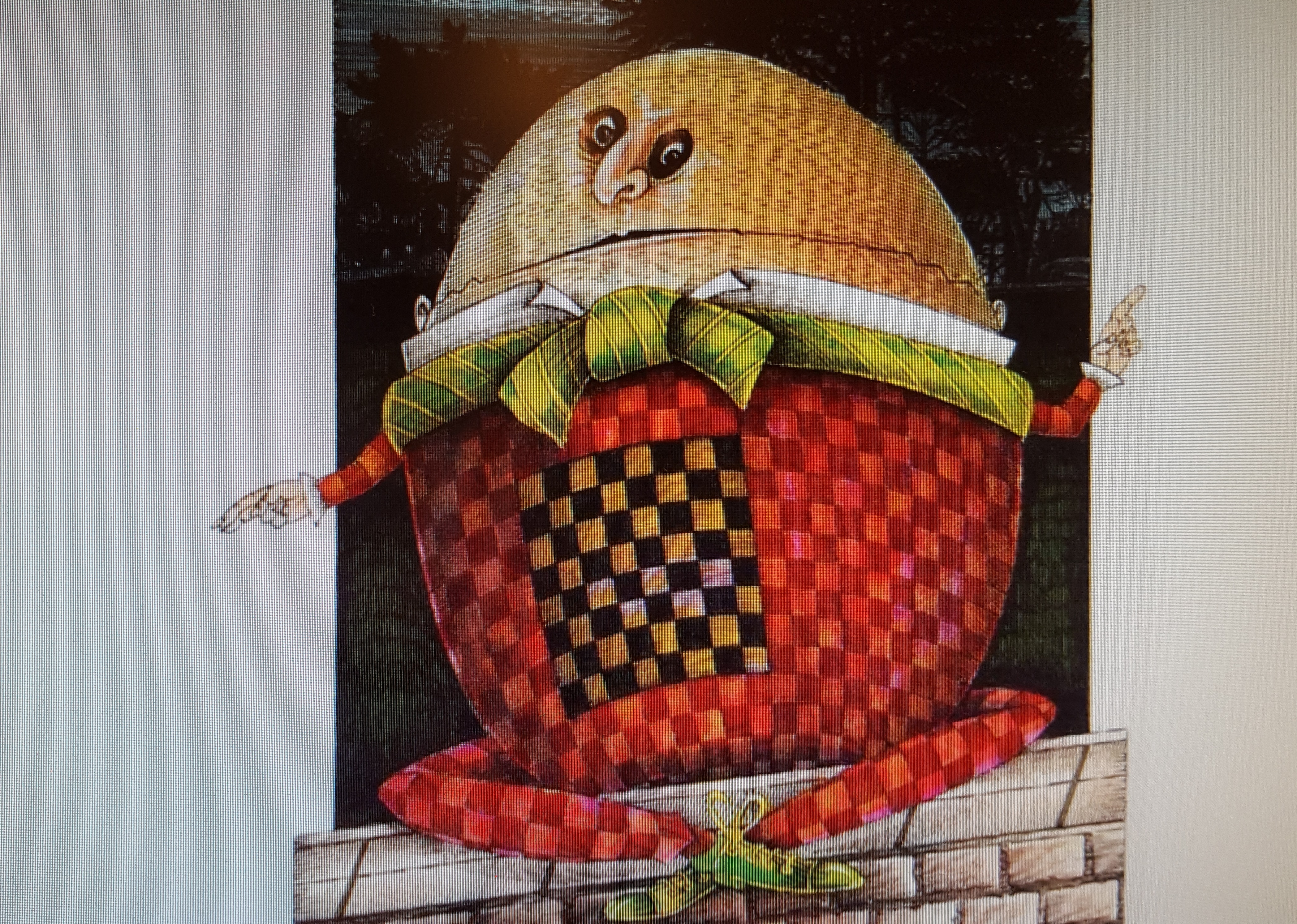 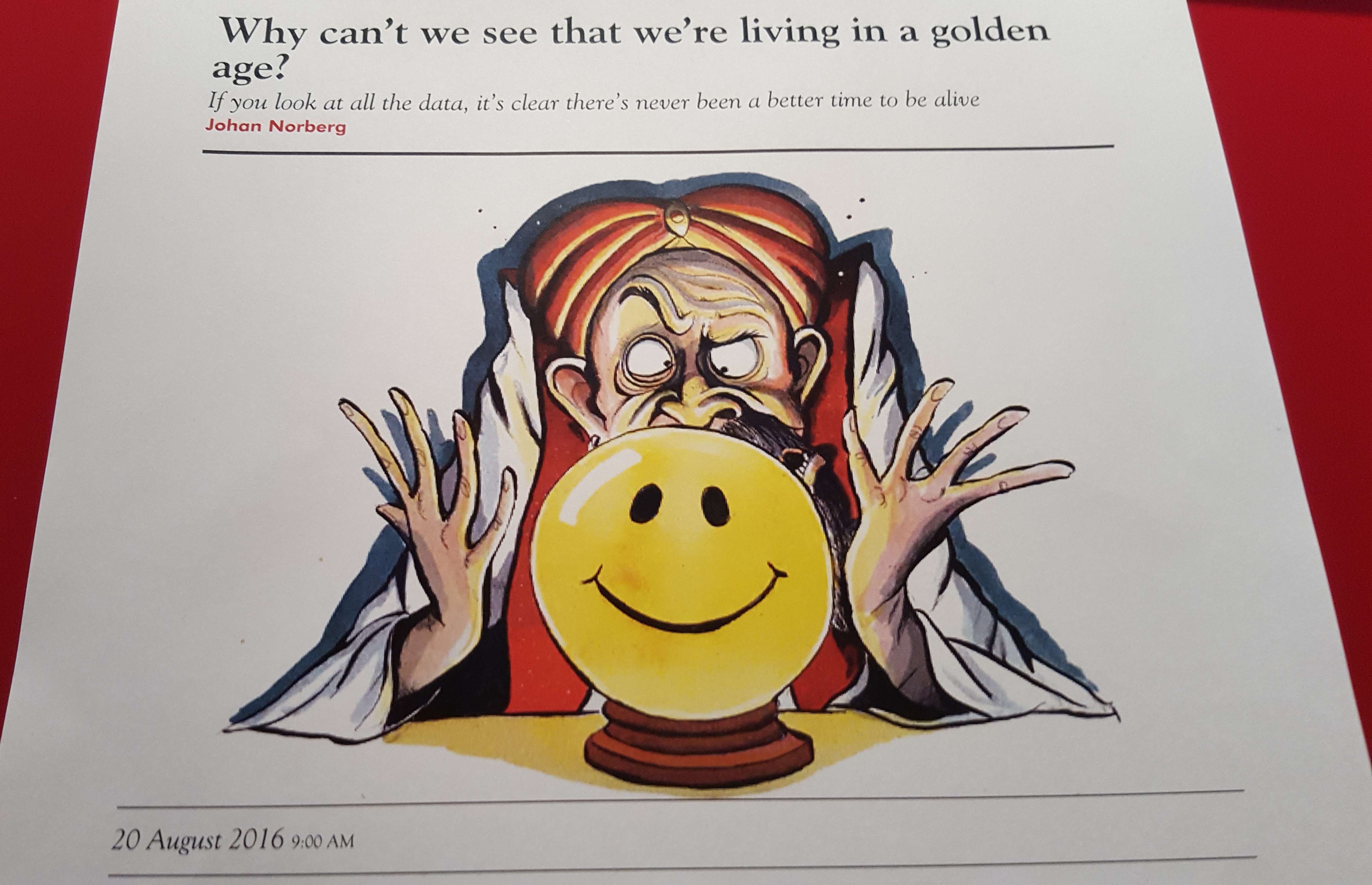 The best of times

Still, the enlightened classical liberals—the conservatives of today—hold back this tide of ‘worst-of-times’ hard-left proponents from drowning our liberal democracies in their swamp of socialist tyranny. We are living in the best of times in the 200,000-year history of the human race, with the liberal-democratic order established after World War II bringing unprecedented peace and prosperity to countless millions.

As Johan Norberg did first in The Spectator and then in the Mail Online, let us count the ways of how we are living in the best of times: 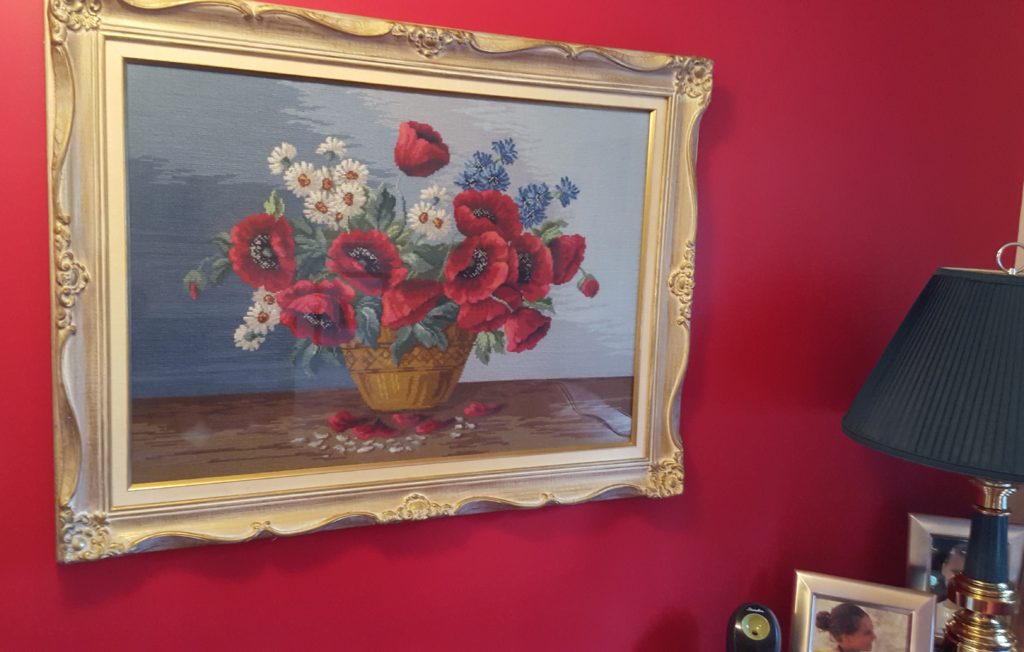 The beast of pessimism slain by the beauty of optimism

Irony unlimited. The irony is that the doom-and-gloom heaped on our Western culture is promulgated by the supposedly best-educated cohort in history, a cohort that has little knowledge nor interest in history nor in the crooked timber of humanity. The progressives’ goal is power pursued under the mask of caring—we know what’s good for you better than you do yourself—exactly what every Godforsaken, communist leader did and continues to do. In their pursuit of power, progressives try to make useful idiots of us all by turning us into ‘victims’ of every gender and race imaginable.

Salutations unlimited. Despising victimhood from a very young age, I will have none of their faux solicitude. Instead, I encourage all conservatives to stand up for true virtue and charity. Let us salute the human accomplishments that brought us to this golden age. And let us continue to exuberantly tackle the “slings and arrows of outrageous fortune”, lessening their sting and spreading the golden balm of life, liberty and the pursuit of happiness into the farthest corners of the world and into the years and decades ahead.