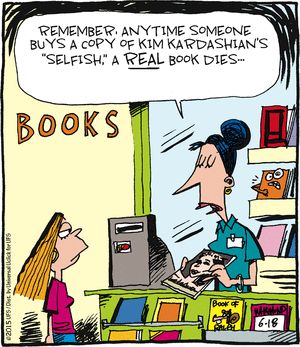 Devon Canada EIL edited and project managed the documentation for the Pike Project oilsands development, specifically the 17 core documents required by the joint-venture agreement between Devon and BP. I subcontracted the design of a template to give the project documents a consistent, professional look, and then worked with an assistant onsite to manage, format and edit the documents to meet the deadlines throughout the second stage of developing this oilsands project. EIL continues to work offsite on documents for the subsequent stages of the project.

ConocoPhillips EIL edited and project managed a series of health, safety and environmental (HSE) documents for Surmont. The two-person editorial team designed the template, formatted the original text and then reorganized and edited the documents, going through an average of four drafts for each of the 30 documents. We worked offsite in our own offices and communicated via email with the client.

ConocoPhillips The commercial plan for the second phase of the Surmont Project, a joint-venture oilsands development by ConocoPhillips and Total, started out as a 450-page document produced over two and a half months. It ended up being a 1,500-page document, with some 4,000 pages of appendices, produced over a five-month period. It involved a four-person editorial team, led by EIL, working onsite with numerous technical people from the two owner companies and their contractors.

Imperial Oil The editorial team for the multivolume documentation for this multimillion-dollar project consisted of seven people. EIL was the lead technical writer/editor for the Project Execution Plan (PEP). The plan described the project’s background, organizational structure, step-by-step procedures of how to execute the work, quality and financial control, schedule and milestones and information management. The work involved meetings and interviews with a range of subject matter experts (SMEs), writing and rewriting text, editing multiple drafts for SMEs’ review, overseeing other technical writers’ and technicians’ work on the PEP, and preparing the final draft for publication.

Tri Ocean Engineering (for Petro-Canada, operator of the five-company partnership developing Terra Nova) The editorial team for this five-volume document suite, plus a 40-page summary report, consisted of three editors and two technicians. EIL worked on the final phase of the documentation, particularly on the Benefits and Summary volumes, for presentation to the Canada-Newfoundland Offshore Petroleum Board for approval to proceed with the project. Then, EIL was the lead editor for the Schlumberger portion of the Fluor-led consortium’s proposal to execute the below-water work of the project. The proposal consisted of 11 volumes, of which two were produced by the Schlumberger group of some 10 companies with some 30 people dedicated to the fast-track effort.

Shell Canada EIL did a comprehensive edit and oversaw the design, layout and structure of five Field Development Plans for oil and gas fields in various locations throughout the Western Canadian Sedimentary Basin. Each had multiple tables and figures that were integrated into the text to produce smoothly flowing text for easy comprehension by the reader. As well, each had multiple appendices with detailed technical data to support the geological analysis in the report.

PanCanadian Petroleum The evaluation began with a review of internal technical documents, along with their production process. Then EIL interviewed key people performing the various functions in the documentation process to ascertain what worked and what didn’t. Lastly, EIL submitted a report on the strengths and weaknesses of the process, along with recommendations on how to improve the accuracy and clarity of the documents and speed up the process to produce more timely documents.

Call or email with your writing and editing needs