The State of the Nation

The nation state is under attack from the globalist crowd—the UN and all its affiliated arms, the Davos crowd, the richer-than-god poohbahs George Soros & Bill Gates. In short, the leftie crowd who thinks government is the answer to every question, and the individual’s role is to obey those who know better. When I first decided to add my voice to the nation state’s defence as the governing system more conducive to human happiness & prosperity than either an empire or international institutions, it was BC-19 (before COVID-19). Now that the world is in the trenches fighting the coronavirus, the argument for nation states has become unassailable, in my opinion. 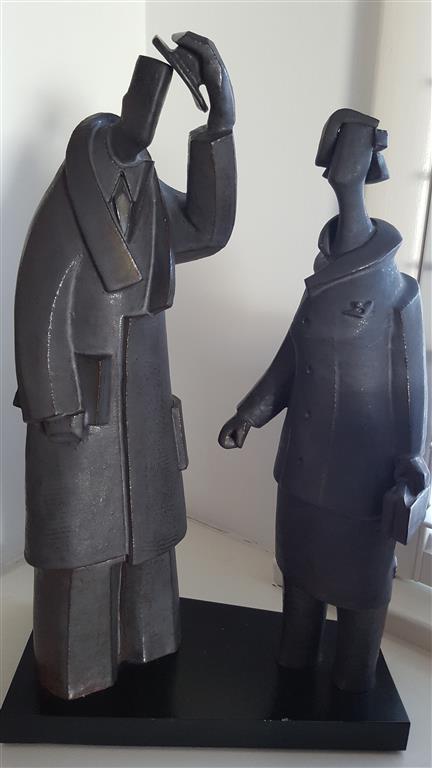 The virus has highlighted the strengths of liberal democracies over communist tyrannies in their response—for instance, China is the poster child of how NOT to handle the pandemic, first, by suppressing the knowledge of the virus and its lethality, and second, by trying to use every thuggish tool in its extensively thuggish toolbox to deny its culpability in the ensuing global pandemic.

The virus has also highlighted the strengths of local directions over central commands—for instance, the provinces are doing a much better job than our federal government. (Sadly, even the roles the federal government should play in this pandemic—keeping Parliament functioning throughout and ensuring Canadian citizens & goods can travel across Canada unimpeded—were and are badly played.)

The Virtue of Nationalism
by Yoram Hazony

In the history of mankind, there have been three major ways of organizing the political world: tribes and clans, found in all pre-state societies; an international order controlled by an imperial state; and independent national states. Hazony and I choose the last as the best option for the flourishing of mankind—and that is the goal: to flourish, not to control.

Nationalism. “The nationalism I grew up with is a principled standpoint that regards the world as governed best when nations are able to chart their own independent course, cultivating their own traditions and pursuing their own interests without interference,” Hazony writes. He contrasts it with “imperialism, which seeks to bring peace and prosperity to the world uniting mankind…under a single political regime.” The old imperialism was more straightforward in its thirst for power and influence, whereas today ‘imperialism’ has morphed into ‘globalism’ and cloaked its drive for power in the pieties of saving mankind. “Liberal-imperialist political ideals have become among the most powerful agents fomenting intolerance and hate in the Western world today,” with the supreme example of this is the climate-change diktats from such high priests of this current religion as Al Gore & David Suzuki. 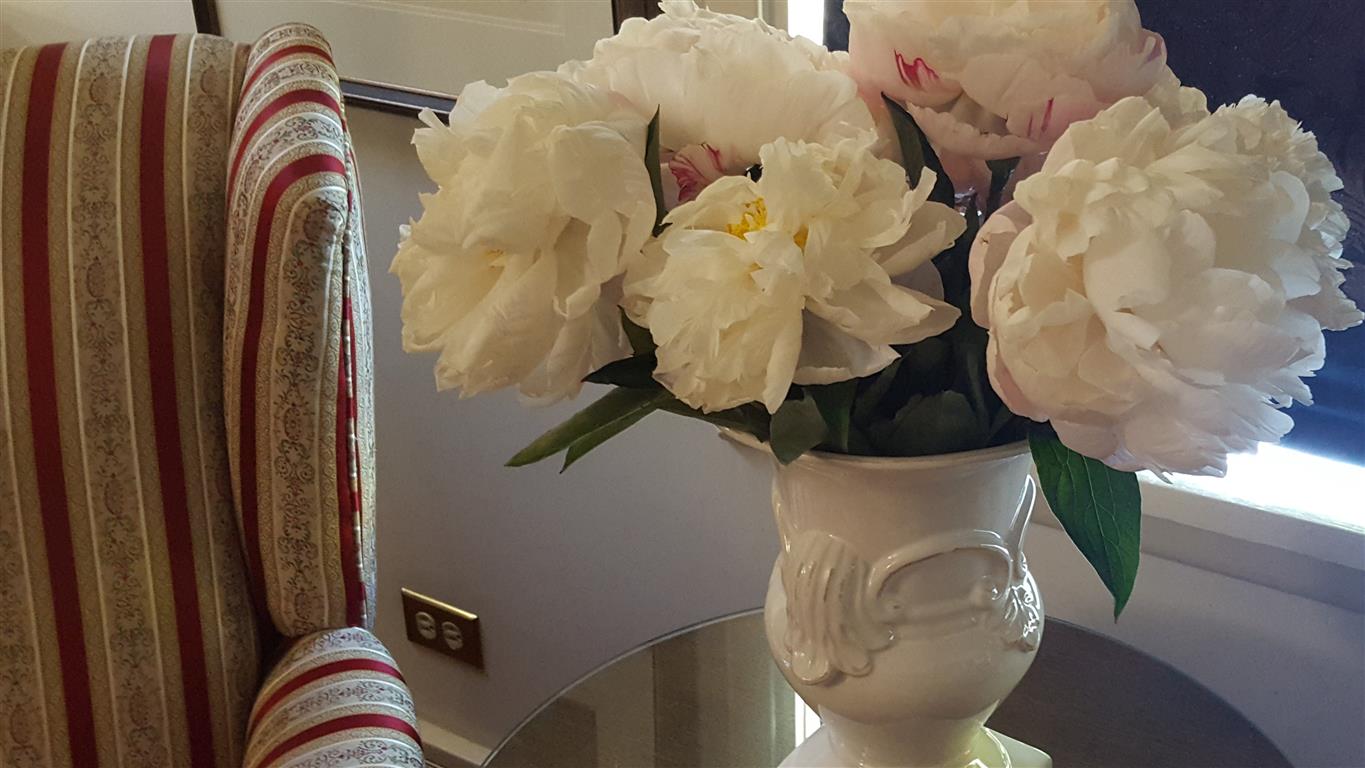 Its birth. Hazony traces the birth of the idea of independent national states as superior to international order to the Old Testament. “The Bible was born out of a deep-seated opposition” to the Egyptian or Babylonian imperial aim to unify humanity. Catholicism, then Protestantism continued this drive toward national states where “everything depends on a shared understanding of history, language, and religion that is passed from parents to children, but which outsiders can join as well.” But joining is predicated on embracing this ‘shared understanding’. The new liberal order preaches—and I use this term in its religious sense—a global order led by ‘experts’ and denigrates the history, language and religion of the national state. These so-called experts proliferate in academia, political parties on the left and the mainstream media. “They wish to see a world in which liberal principles are codified as universal law and imposed on the nations, if necessary by force.”

Ample witness to this use of force was the Summer of 2020 rioting, looting, burning & destroying led by the Left’s Antifa & BLM goons. A casualty of this new order is tolerance: I have never met anyone so intolerant as today’s progressives, who regress to ridicule, harassment, cancelation and force at the faintest hint of a different point of view.

Hazony outlines the principles of the order of national states:

Its ‘death’. Sadly “Both in Europe and America, we are watching the growth of a generation of young people that, for the first time in four hundred years, does not recognize the national state as the foundation of our freedoms.” 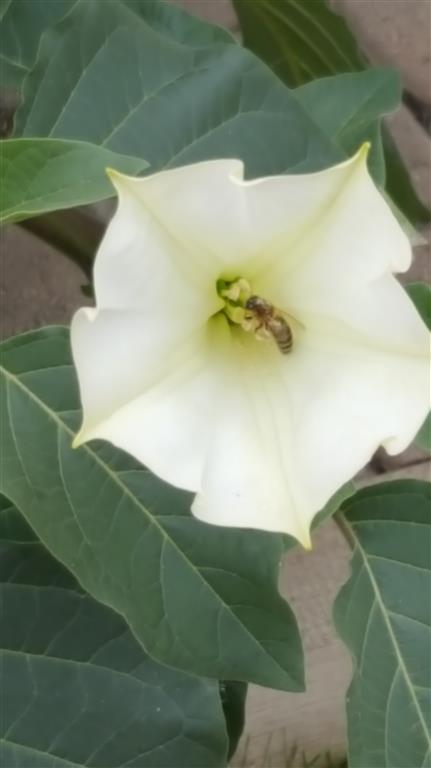 The Case for Nationalism: How It Made Us Powerful, United, and Free
By Rich Lowry

While stating, “This is not a book about Donald Trump,” Lowry does admit “it is occasioned by him.” In contradiction to the vilification of Trump by the progressives en masse, Lowry recognizes the virtue in many of Trump’s stances that point to Abraham Lincoln’s ‘mystic chords of memory’—these stances resonate deeply with all men & women who join Trump in fighting against concentrations of unelected and unaccountable power. The swamp, in plainer words. One forbear of this stance Lowry describes is John Milton, the author of Paradise Lost, in his support of Cromwell against the ‘unelected and unaccountable’ power of King Charles, the First. “The power of Kings and Magistrates is nothing else, but what is only derivative, transferred and committed to them in trust from the People, to the Common good of them all, in whom the power yet remains fundamentally, and cannot be taken from them, without violation of their birthright,” Milton wrote. 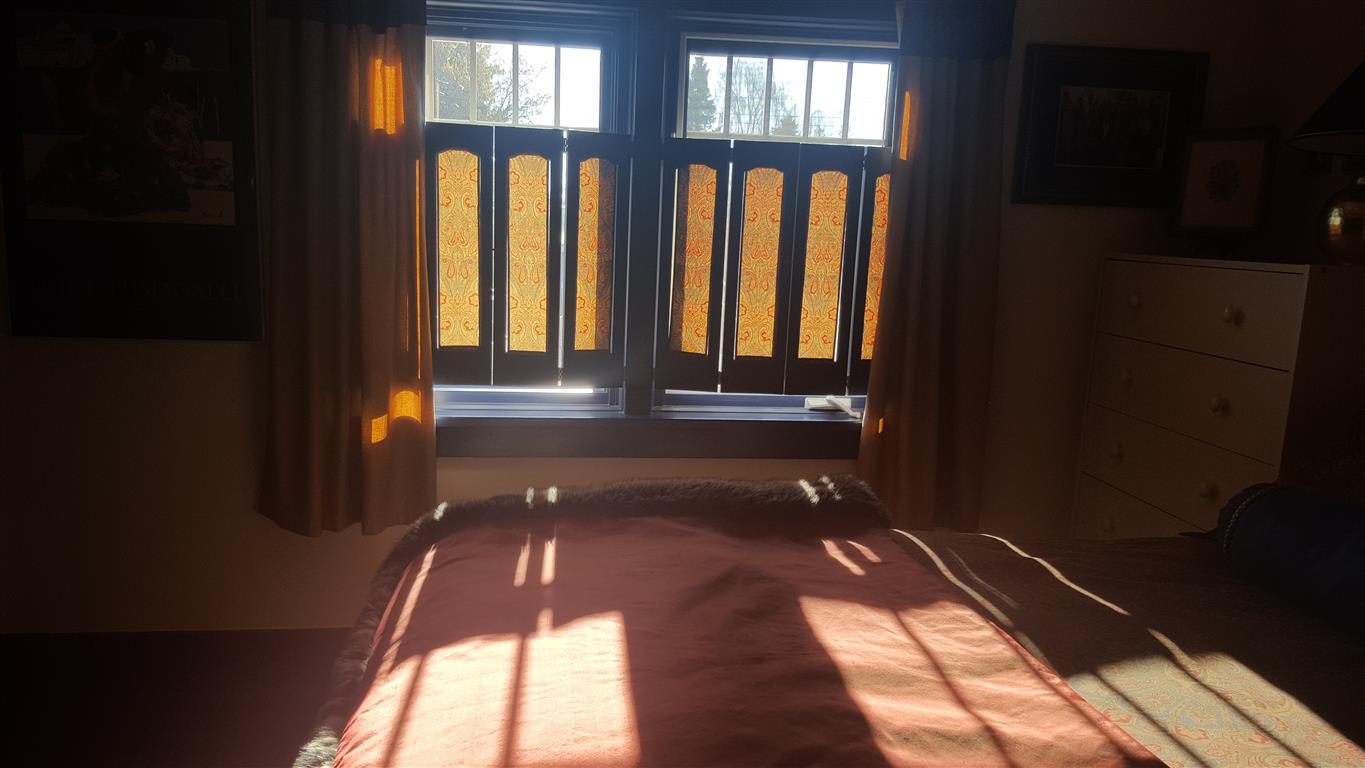 Instead of their traditional role of strengthening nationalism, the elites in the latter half of the 20th century, led by academia, have criticized American culture, traditions and history with increasing hostility and virulence. Lowry quotes Samuel Huntington: “These efforts by a nation’s leaders to deconstruct the nation they governed were, quite possibly, without precedent in human history.” Trump saw this destruction all around him and intuited that vast swathes of Americans saw it, too. And those Americans—the ‘basket of deplorables’ in Hillary Clinton’s infamous words—saw a champion who would fight against the despotism of the elites’ drive to divide the American People into Rulers and Serfs—the antithesis of the American national state.

The American ‘deplorables’ are saying that Trump was right to tell the United Nations that “Sovereign and independent nations are the only vehicle where freedom has ever survived, and democracy ever endured.”

Imagine
by The Babylon Bee 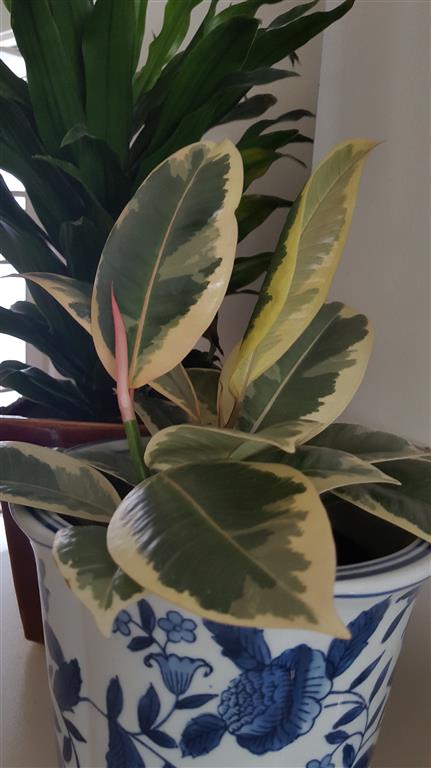 On a lighter note, but no less pernicious for its corrosion of nationalism, we have John Lennon’s saccharine ditty and its praise of communism. So The Babylon Bee, a satirical newsletter with a conservative bent—a rare gem, in other words, in our media world drowning in the Left’s words—rewrote Lennon’s commie classic to hilarious—and true—effect. The first and last verses are:

Imagine there’s no bread
It’s easy if you try
No tacos or hot sauce,
Nothing cold or fried,
Imagine all the people living in the gulags

You may say I’m a commie
But I’m not the only one
Did you say you didn’t like that?
Then it’s the gulag for you, son.

As they say, what better way to share the world than in a mass grave? And the Greenies would be ecstatic, too, with no one to emit that dastardly carbon anymore.

Everyone needs a home

The progressives reject that foundation of our freedoms and slather after a future that will be totally egalitarian and totally free and totally homogenous—a police state of perfection. They are future-addicted and have lost the way of becoming human”—not knowing where they’ve been, they’ve little sense of where to go—and are fueled more by hatred of the present than by a steady dedication to a Better Day,” writes Tracy Lee Simmons in her review of Nostalgia: Going Home in a Homeless World by Anthony Esolen. The progressive’s “easy virtue and virulent self-righteousness” in this era of deep ignorance of history and philosophy has led them to turn “original sin, which afflicts all mankind, into political error, which conveniently afflicts his opponents and not himself,” writes Esolen.

In Democracy in America written after the author’s visit to the US in the 1830s, Alexis de Tocqueville saw that a homogenous world order is not conducive to liberty. A liberal world order depends on many nations making many wagers about the future. It cannot be organized from above, as internationalists envision a world run by ‘experts’. Tocqueville saw in his travels that Americans’ labours of building a world together began in the family, in civic & religious associations, then in local, state and federal governments—NOT the other way around. 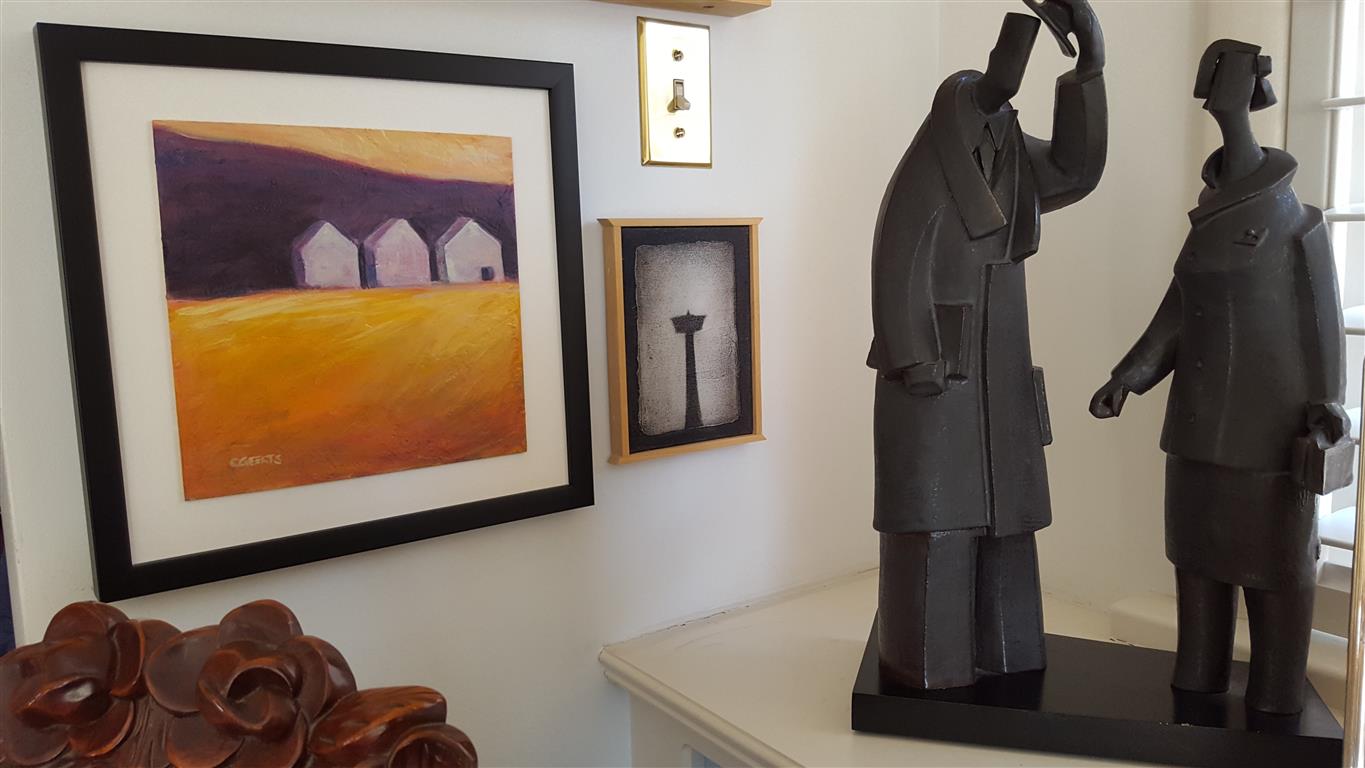 Progressives have eschewed gratitude and replaced it with complaint—everyday about everything. They have replaced national spirit with “hotel spirit”, Henry James’ name for the combination of superficial bustle and intense loneliness generated by modern society. No wonder they long for home in their homeless world.

The pendulum inches back

Looking on the bright side, however, some promising developments are a harbinger of the pendulum inching back to the nation state from the liberal global dream of world government:

Regaining the balance of power

Always & forever, it comes back to power—starting at the individual level of deciding where to live & where to work; how, when & where to travel; who & what to support and oppose. Are you willing to trade your freedom, honour & dignity for the ‘safety & security’ of big government? And they won’t be able to supply even that as systems break down in their brave new world.

If we don’t regain the balance of power to remain citizens with a dominant middle class in a national state, we will regress to a medieval society of lords—the elites—and peasants—the rest of us. Our Western liberal democracies will become the palimpsest of the decline and fall of the Roman Empire—and Edward Gibbon’s great history will become our story.