My playhouse in the hedge 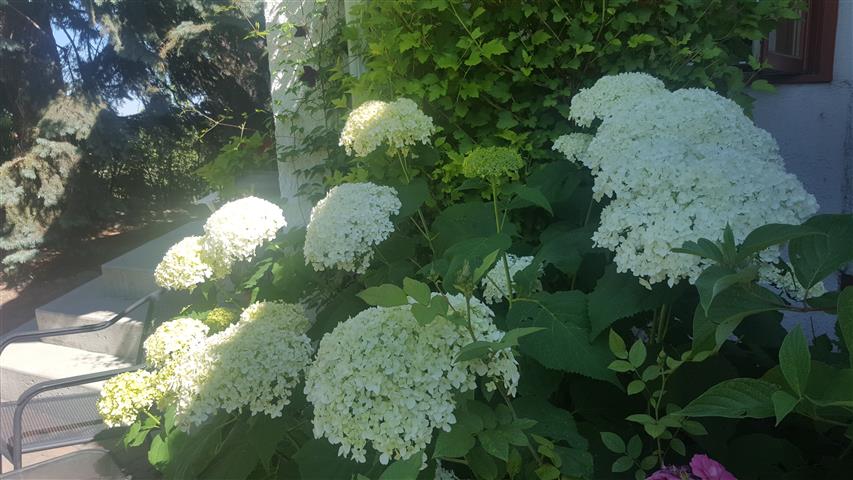 The girl is the woman.

When I was a girl, I created a playhouse in the hedge; when I was a woman, I created a home in the city. The hedge was mostly maples, with a sprinkling of willows and poplars; the city neighbourhood is filled with mature trees, both deciduous and evergreen. The hedge enclosed the house and its yard on the farm, separating it from the barnyard with its barn, chicken coop & granaries; the city neighbourhood is nestled in the heart of the city, separated from the rushing traffic on surrounding arteries by restricted entry points. I loved my playhouse in the hedge, and I love my house in the city.

Remember Aristotle’s philosophic observation (adapted to the feminine), “Give me a child until (s)he is 7 and I will show you the (wo)man”? Well, I embody that philosophy.

We started out with a communal playhouse for all us sisters & brothers. Its ‘door’ was 100 yards straight east from the farmhouse’s back door, a portal into the hedge and our vivid imaginations. One entered the central hallway with the kitchen, living room & dining room on the right, and the bedrooms on the left. Its walls & roof were pure air, with the trees’ trucks marking the edges and the leaves above framing the space.

The rooms were cleared of underbrush and squarely demarcated by walls of mounds of leaves, mounds that the chickens freely ranged about in to leave a mess in our house. Keeping the walls neat & tidy took up much of our playtime, these precious little bits of time stolen from the relentless work that was life on a farm in mid-20th century.

And the playhouse had to be swept & tidy before the serious work of playing house could commence. That’s where the problem came in because my sisters said, “Let’s just play and not worry about every little leaf being tucked into the ‘walls’.” (The brothers just played the dad and had little to do or say about the housekeeping, mimicking real life.)

But my constitution simply couldn’t stand that, so I asked my brother William to clear out another playhouse next to the communal one. It was the same layout, a little smaller with two instead of three bedrooms as I recall, but the walls were always tidily mounded and the floors meticulously swept before tea could be served. 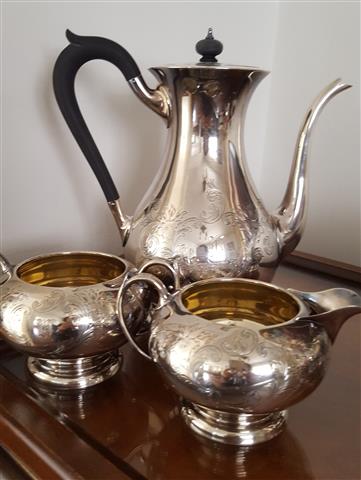 We read a lot, so our playing was often patterned on English habits & rituals; our imaginations would whisk us to that ‘green & pleasant land’ of long civilization from a prairie farm in Canada pioneered by our grandfather less than a century ago. And tea was a favourite because it was an exotic-sounding ritual, very foreign to our three large meals a day—breakfast of porridge & fried eggs; dinner of meat, potatoes & vegetables; and supper of meat, potatoes & vegetables—with no snacks in between.

Until I started to cook & bake at the grand old age of 7, dessert was a rare treat. So we let our imaginations pile on the cookies & cakes and strawberries & cream for a splendid tea in the hedge. We had tons of raspberries from the rows of bushes in the garden and pails of cream from our herd of milk cows, and tiny wild strawberries that took forever to gather a bowlful in the east & west pastures. But our imaginations spurned the real berries of the farm garden & pastures, replacing them with big, fat domestic strawberries bought in a store we were sure were on English tea tables. Now, of course, the memory of raspberries mixed with rich cow’s cream makes me hunger for that special summer treat on the farm—strawberries from the store simply don’t compete!

(Another special treat was wieners: They were bought in a store, NOT raised on the farm like our chicken, beef & pork was, and we had them rarely—mmm, I still can taste the deliciousness of a hot dog smothered in French’s mustard, especially after 40 days of eating nothing but fish!) 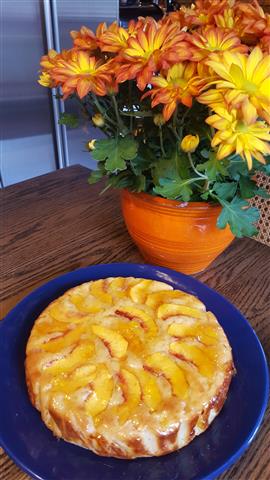 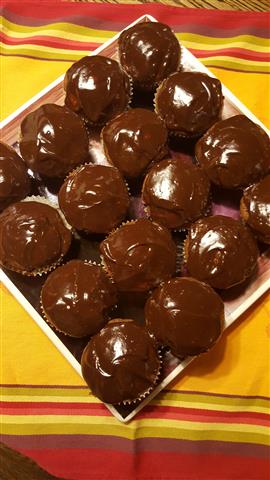 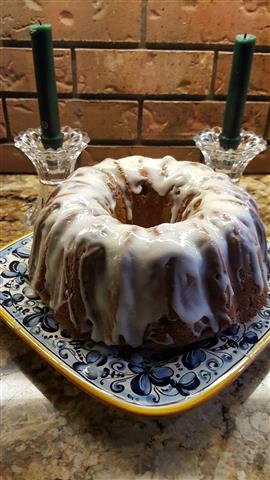 And we grow up. 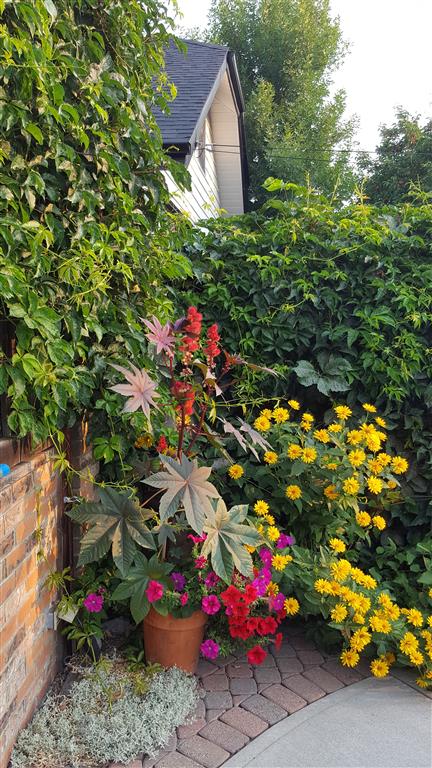 With the major cleaner gone as I swept the floors and repaired the chickens’ destruction of my walls, the communal playhouse became messier. The messier it became, the more it was neglected (an apt illustration of disorder leading to more disorder, graffiti generating more graffiti). So teas gravitated to my place, and we consumed our stolen moments in pretending another, older, more sophisticated life.

That state of affairs continued until we grew into teenagers and left our childhoods behind. Then the wall mounds disintegrated, helped by the chickens, the coyotes & the weather, and trees & bushes invaded the rooms. Only the leafy roofs remained, whispering our childish dreams & secrets, then scattering them out of the hedge and into the world beyond.

That was my first house. I imagined every square inch of it into existence, and loved every imaginary inch.

The bungalow is so pretty.

My next house was a pretty bungalow in a pretty neighbourhood in Calgary. We were married and expecting our first child, so it was time to put down roots with private property. The mortgage was a stretch because I would not be contributing financially as a fulltime mom. (This mutual decision was easily taken, indicative of the times and values of our generation in the late 1960s—a dramatic contrast to contemporaries in the more cosmopolitan places in North America. In retrospect, what a blessing!) But with a little help from my husband’s parents, we managed the down payment, and excitedly signed the papers for our first home.

It featured a brick fireplace on the south wall of the spacious living room, with a separate dining room through a wide archway. The kitchen was at the back and the two bedrooms were on the other side of the central hallway—shades of my playhouse…

We painted it in bright colours throughout, with the pièce de resistance a large cartoon of Winnie the Pooh & his balloon, executed by Dad, on the wall of the baby’s room. It made everyone smile when they came into the room, and I smile still whenever I ‘see’ the boys’ first bedroom.

Unfortunately, the house had a major debit: It was only one block off a major roadway through the city. So with two small, curious boys fascinated by cars & traffic, we started to look for another place. 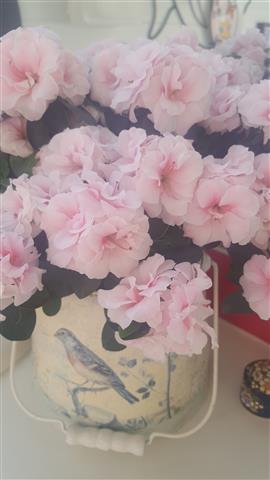 We found our dream home—and stayed.

We found it just across the river in an inner-city neighbourhood that we had never heard of before. And that’s where we still are, in an old house in an old neighbourhood in the heart of Calgary. It’s bigger—two storeys instead of one, three bedrooms instead of two, three bathrooms instead of one—but its layout has the familiar living-room/dining-room on the south and the den/bathroom on the north with the kitchen at the back. And our front yard still faces west and the backyard east, with the sun flooding the kitchen to greet you in the morning. ’Tis a glorious way to start the day!

The habits of the playhouse continue. The windows sparkle and the hardwood floors shine; family pictures line the hallway and art covers the walls; comfortable furniture inhabits the rooms and fresh flowers bring colour & fragrance to the interior landscape. But best of all, teas of all kinds continue, inviting friends and family to enjoy each other’s company. Entertaining has been a central feature of my life, and I enjoy it immensely—and I miss it immensely in this time of coronavirus. 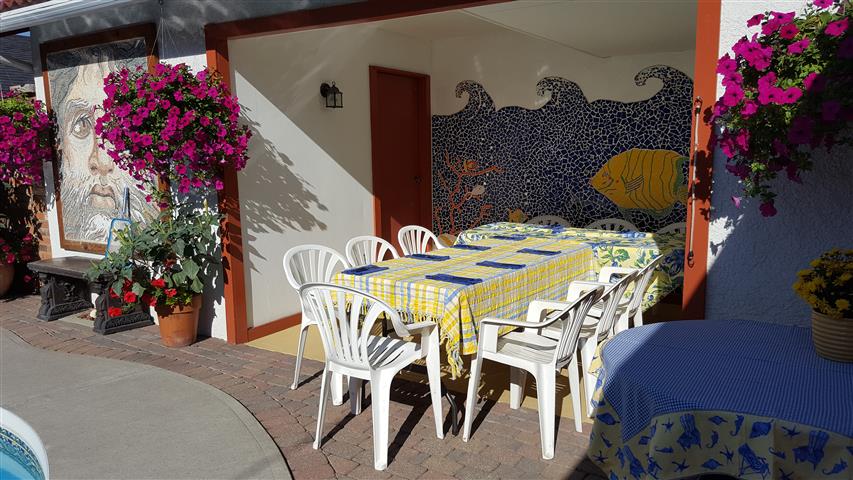 But it hasn’t shut down completely, especially in our lovely backyard oasis. There is nothing more pleasant than drinking wine by the pool and eating al fresco in the cabana as the long summer evenings stretch into infinity. And at lunchtime, and in the afternoon. So we’ve had a few, and the atmosphere is electric with energy as we laugh & talk together trying to fill our social cup to the brim for another month of sheltering in place.