Socialism is so HOT!*

For the in-crowd in our new millennium, the two desired cultural markers are Hot and Cool. The first denotes the most-sought-after person, place or thing of the cultural moment, and the second denotes the perfect response to this moment. So the moment’s idol is socialism and the worshippers are the liberal left, especially the rich, white, limousine liberals who wallow in the feel-good swamp of virtue-signalling while they live in their gated communities and travel in their private limos and jets.

Astoundingly, millennials are lapping up this swill as if it were food of the gods. For example, just over 2 million people under 30 voted for democratic socialist Bernie Sanders in the 2016 Democratic primaries. For example, polls find a near majority of millennials would prefer to live under socialism rather than capitalism. For example, the Democratic Socialists of America, the fringiest of fringe groups in the US of A since its inception in 1982, has grown to 30,000 members, most in their 30s and eager to spread the socialist gospel. But their incoherence is on full display: 58% are favourable to socialism and 78% are favourable to free enterprise. Talk about having your cake and eating it, too! 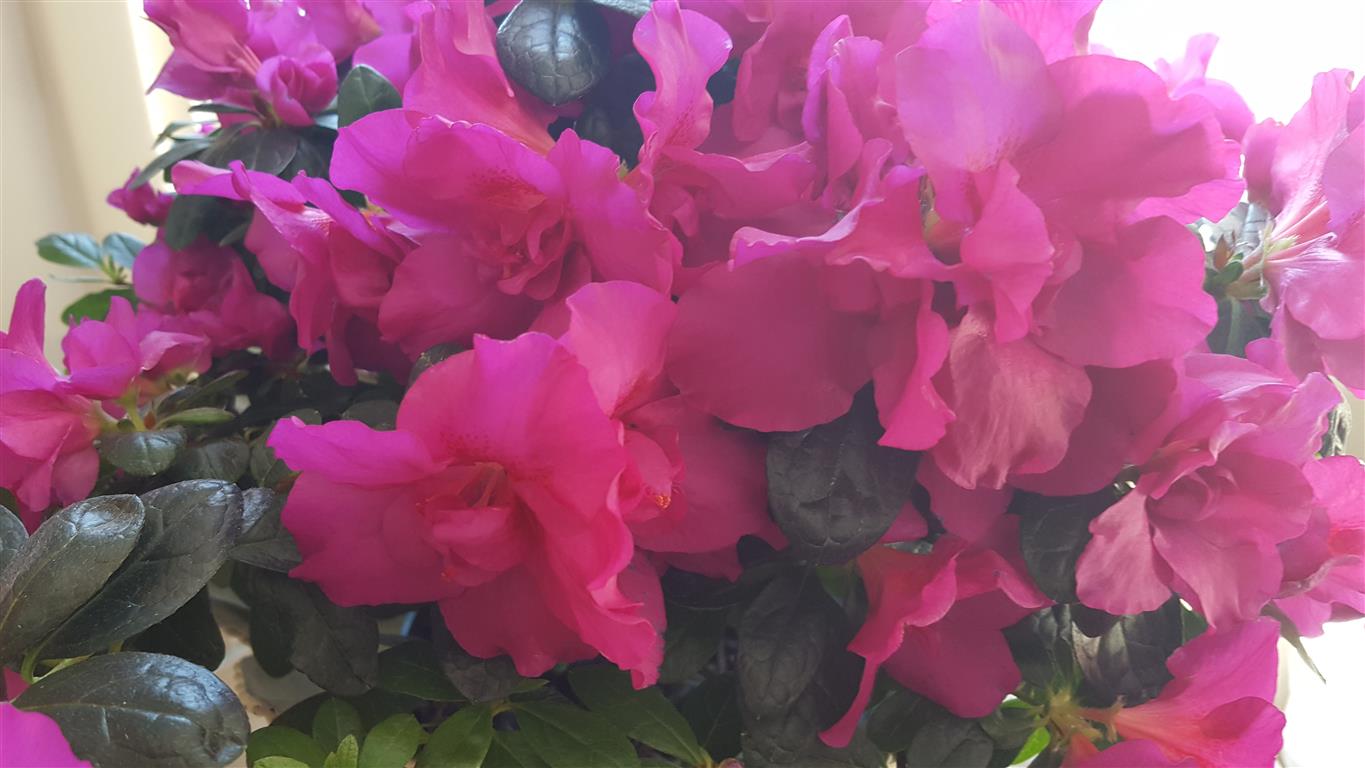 They had to be carefully taught

A recent poll in the US had the depressing result that almost 50% of people born after 1980 prefer socialism to our liberal democracies underpinned by capitalism. Now remember, these young people have neither experience nor knowledge of socialism in reality: the first because by the time they were born the Cold War was almost over, and shortly thereafter the Soviet Union disintegrated; the second because our education systems—from preschool to postgraduate—are diseased. The disease originated with French and German intellectuals, the so-called Frankfort School, pouring into American academies in the 1950s and 1960s and infecting them with the virus of Marxism and postmodern nihilism. Then American draft dodgers poured that same slop into Canadian universities in the 1970s and 1980s.

Talk about irony. The losers in the conflagration of two world wars—Europeans—learned nothing, especially their intellectuals, and kept spouting the same garbage that had led to these wars. Even more ironically, American intellectuals ate it up and began to regurgitate it in the halls of academe. Sometimes I wonder how anyone in this class can look himself/herself in the mirror. But their arrogance knows no bounds as they continue to think they are the smartest people in the room and know better than the ordinary citizen, while the results of their thinking crashes all around them. 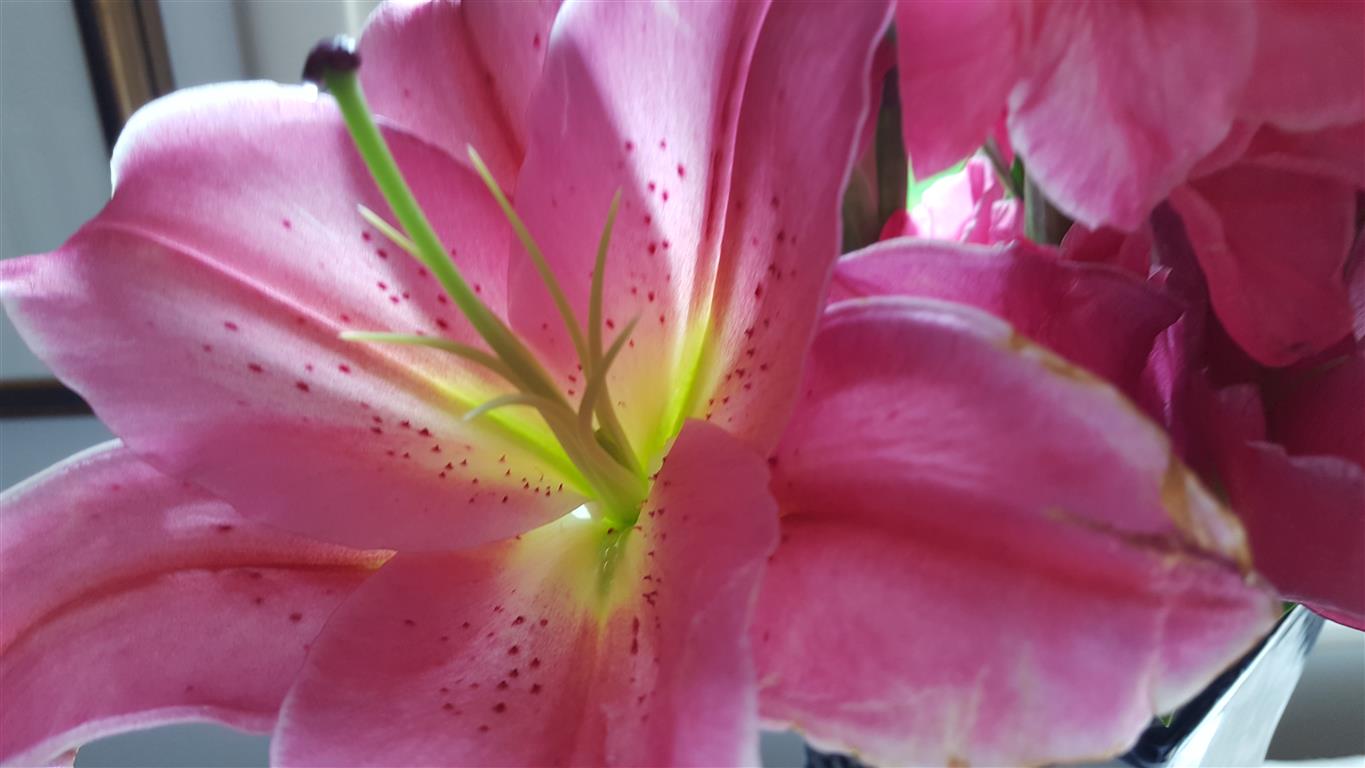 Jonah Goldberg, in “Farce as Tragedy”, National Review, August 27, 2018, explains the wellspring of this arrogance. “So profound and deep is Marxist influence on American culture … that artists and intellectuals absorb its radical indictments of American society as if by osmosis, without knowing how it got into the groundwater in the first place.” With 90% of educators on the left side of the political spectrum, particularly at the university level, it becomes clear how it got there and how it continues to pollute the waters of knowledge.

Goldberg goes on to write, “My own view is the heavy use of jargon that marks the various schools of Marxism isn’t proof that Marxism is ‘scientific’ or even insightful. It is proof that there is an academic guild or priesthood that needs to invent complex, impenetrable language to protect not just the authority but its trade secret: that its ideas are not very deep.” Touché! I had a professor friend of mine once claim this very nonsense—that the ideas were so deep they needed complex, impenetrable language to explain them. That’s one way to justify churning out unreadable treatises while snuggled in your tenure-secure ivory tower. The stupidity of academia can be mindboggling. 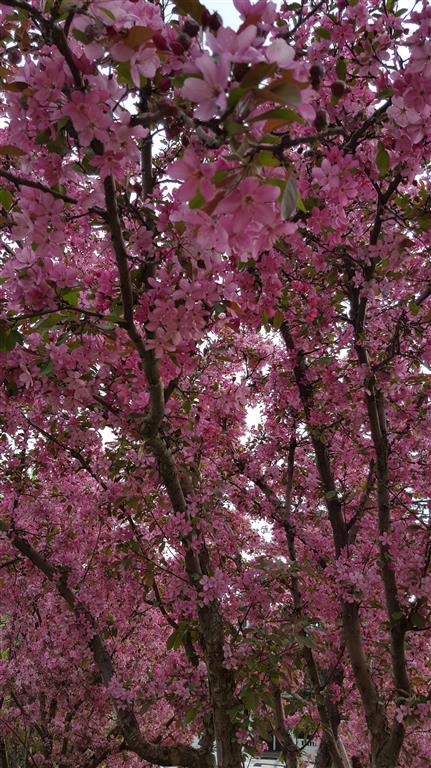 The lights go out in Venezuela

With Lenin, Stalin and their vicious Soviet Union creation ancient history to millennials—a cohort whose knowledge of history is miniscule—it is just comprehensible that socialism would present a caring face. Remember, they have been fed a diet rich in socialist propaganda from the moment they entered the education system. But we have the disaster of Venezuela playing out in technicolour before our very eyes. “The lights have been out for a while in Venezuela. People are dying in Venezuelan hospitals because there is not enough electricity to run dialysis machines and other necessary equipment. People are starving because food cannot be refrigerated or transported. Looting is common. The police crackdowns and political retaliation are brutal,” Kevin Williamson writes in NRPlus. And day after day, the litany of horrors scrolls across digital media, impossible to ignore unless you excise all news for all electronic outlets.

But the bien pensants and ‘leading intellectuals’ keep worshipping at the feet of first Hugo Chavez and now Nicolas Maduro: Bernie Sanders, the Democratic presidential wannabe who lives in luxury and flies by private plane; Michael Moore, the filmmaker whose documentaries start with the desired conclusion and present only what supports it; Joseph Stiglitz, Nobel economist and Clinton advisor; Sean Penn and other useful-idiot celebrities who live in glass houses and don’t hesitate to throw stones; and our very own Canadian Linda McQuaig and Naomi Klein who are the quintessential champagne socialists. 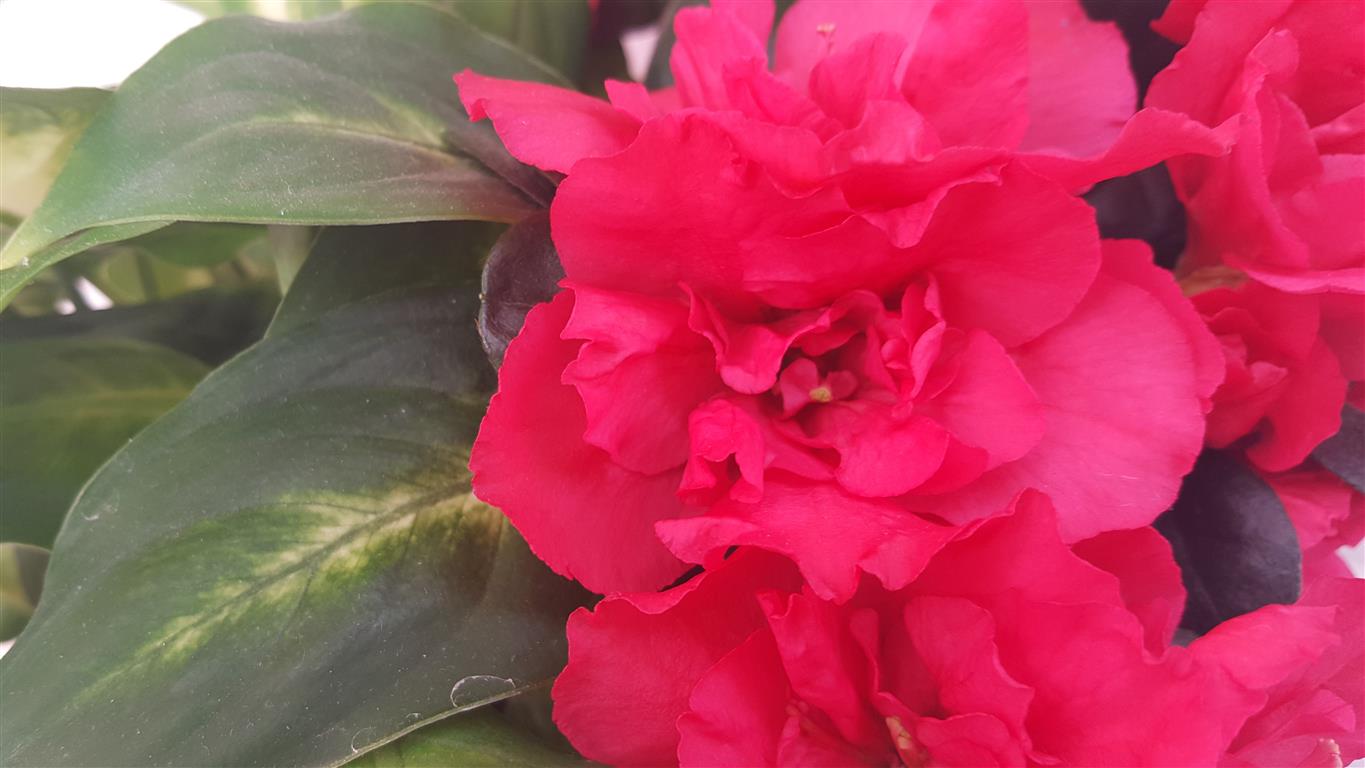 Unless I emulate the liberal left and their practice of the soft bigotry of low expectations, I cannot excuse the millennials’ support of socialism. Venezuela is socialism in real time. Venezuela is socialism by humans—real, flawed humans that conservatives know we are, not the pretend, perfect humans that the left will force us to be. Venezuela shows the arc of socialism, from equality to tyranny: Sometimes it takes a little longer—75 years for the USSR—and sometimes it happens quickly—20 years for Venezuela from Chavez’s revolution to Maduro’s horror show in full colour today. So to support this system of government is to support the tyrant and damn the masses, the very inversion of socialist philosophy. But if feminists can justify supporting Islam’s treatment of women as second-class citizens—at best and slaves at worst—then I guess there’s no such thing as logic or reason in the halls of the hard left.

As sure as night follows day, antisemitism rises as support for socialism rises. For example, Jeremy Corbyn’s leadership of the Labour Party in the UK has been shadowed by overt and covert antisemitism. Corbyn has stood with imams as they vilified Jews, and then, adding insult to injury, claimed he was an innocent bystander. Momentum, Corbyn’s unofficial fan club, is full of Stalinists, Communists and other hard-left activists for whom antisemitism and anti-Zionism are fundamental to their values, according to a Labour backbencher. The latest fallout is the defection of seven MPs from his Labour Party. “I cannot remain in a party that I have today come to the sickening conclusion is institutionally anti-Semitic,” said Luciana Berger who had to have a bodyguard at the party’s annual conference last year because of sustained antisemitic attacks.

And in the US, we have support of the BDS—boycott, divestment, sanctions—movement by the movers and shakers in Democratic Party. They camouflage their antisemitism as pro-Palestinianism, but it’s old-fashioned Jew hating. Perhaps the most pernicious aspect of this group is the presence of Jews in it. Again, it underlines the ignorance of history; the Jews in Germany who betrayed their fellow Jews to the Nazis in return for exemption from the gas oven only deferred their murder. The American Jews who abet the BDS movement would be the first to be thrown on the ash heap of history if the Muslims gained power. 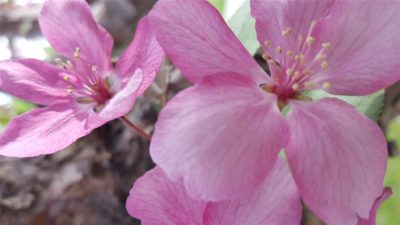 They flock to the West

The preferred destination of humans around the globe is Western liberal democracies. It never seems to occur to socialists to ask, Why? The socialist answer to everything is more government. Witness our NDP premier claiming she will take care of Albertans, when many of us are shouting, “Governments don’t create anything, so please just get out of the way and we’ll take care of ourselves.” This was underscored by Fukuzawa Yukichi, a Japanese intellectual, when he observed that “not a single invention in commerce or industry was created by government” after traveling in the West.

But we Westerners, living in comfort, “tend to forget that the main source of our high standard of living is economic freedom,” writes Alexandre Moreau, a public policy analyst. The socialists among us also ignore the fact that when poor countries allowed economic freedom to seep into their policies, “between 1981 and 2015, the proportion of the world population living in extreme poverty fell from 42% to 10%”. Which proves Ronald Reagan’s wisdom that the nine most frightening words in the English language are, “I’m from the government and I’m her to help.”

The Noise of Time

But if facts and news fail to convince the coddled millennials of the delusion of the collectivist vision of communism, camouflaged in the softer image of socialism, I turn to literature. The Noise of Time, by Julian Barnes, presents life in Soviet Russia through the eyes of Dmitri Shostakovich, the renowned composer living in Moscow at the whim of Stalin’s favour. The reader sees Shostakovich living on the razor’s edge, with even petty decisions full of the potential for ignominy, exile or death. 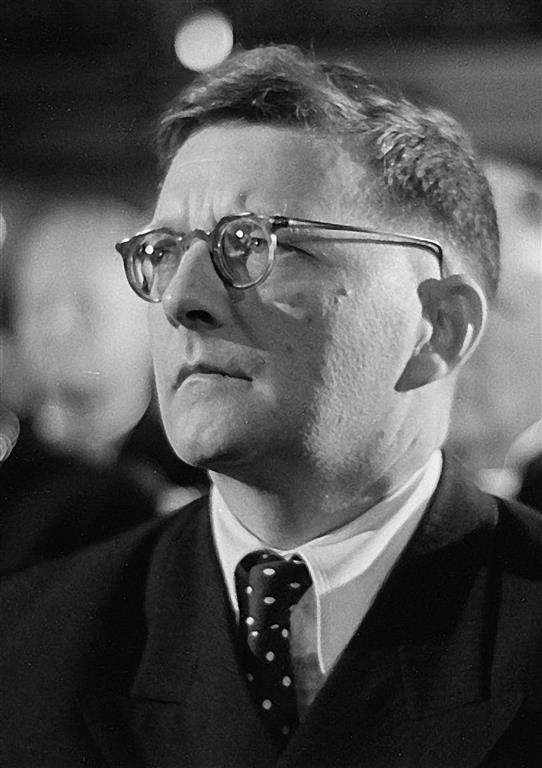 At first, the reader is puzzled why Shostakovich doesn’t flee the country at the first chance he gets. But you gradually see how communism seeps into everything, tainting and narrowing citizens’ views of the world. You start to understand how saturated with Stalin’s control your Soviet world is, with every egress blocked, physically and mentally.

“One of Dmitri Dmitrievich’s (Shostakovich) former duties as professor at the Conservatoire had been to help examine the students on Marxist-Leninist ideology. He would sit with the chief examiner beneath an enormous banner which declared: ART BELONGS TO THE PEOPLE – V.I. LENIN. …

But even with this realization, Shostakovich cannot escape the iron bonds of communism. He placates himself:

“Perhaps courage was like beauty. A beautiful woman grows old: she sees only what was gone; others see only what remains. Some congratulated him on his endurance, his refusal to submit, the solid core beneath the hysterical surface. He saw only what was gone.”

He was Russian and couldn’t escape those iron bonds, but he could condemn Westerners who live in freedom and praise communism.

“…but he knew Picasso for a bastard and a coward. How easy it was to be a Communist when you weren’t living under Communism! Picasso had spent a lifetime painting his shit and hailing Soviet power. Yet God forbid that any poor little artist suffering under Soviet power should try to paint like Picasso. He was free to speak the truth—why didn’t he do so on behalf of those who couldn’t. Instead, he sat like a rich man in Paris and the south of France painting his revolting dove of peace time and time again. He loathed the sight of that bloody dove. And he loathed the slavery of ideas as much as he loathed physical slavery.”

Read it and weep…or better still, combat socialism/communism in every way on every day.

*From “Socialism is so HOT right now”, Commentary, October 2018.