Building the language/tearing down its home

As English spreads across the globe, the best arguments now are about its usage, its spelling, its acceptance of new words. Opinions are volleyed between writers and editors, friends and rivals, with everyone feeling invigorated after a good bout of one style choice against another. And unlike l’Academie Française, everyone wins because there’s no English Academy to impose the rule of right and wrong. 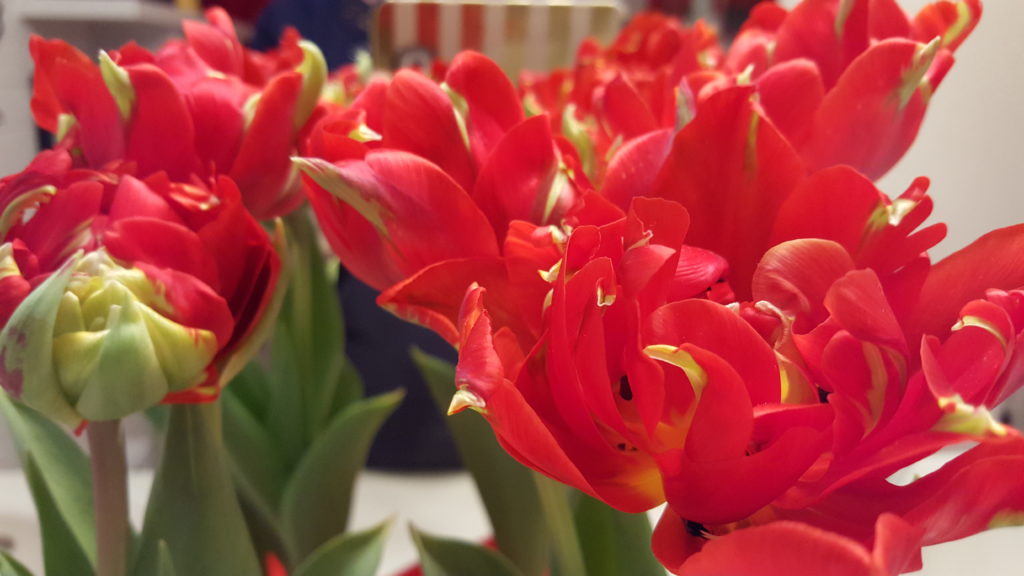 Hyphenation. For instance, a while back, there was an article in TLS about hyphenation and how differently it is used in British and American publications. And between older and younger writers, I might add. But first let’s define the difference among three similar-looking punctuation marks:

Over the last century—ancient history to most millennials—readers saw an evolution from two separate words in the first half, to a hyphenated word in the latter half, and then to a merged word in this century. For instance, free lance soldier in the 1930s, free-lance writer in the 1960s and freelance editor today.

But like everything in life, hyphenation has been changing since the first page came off Gutenberg’s printing press. For instance, over-come and praise-worthie (Spencer) to overcome and praiseworthy; to-night and to-morrow

(Shakespeare) to tonight and tomorrow; birth-day and church-yard (Sir Thomas Browne) to birthday and churchyard.

When I worked on technical documents, I moved the style quickly from hyphenated modifiers to merged words if the sense was easily grasped. For instance, turn-down to turndown, well-head to wellhead, kick-off to kickoff. A major reason for this was that compound modifiers abound in technical documents, so hyphens can soon become ubiquitous. Reducing them, then, served both to aid the reader’s understanding of the text and to enhance the look of the printed page.

A style choice. The use of the hyphen, then, comes down to a style choice. As noted, there’s a marked difference between its usage in British and American publications, with Canada’s usage a mix of the two, as usual: eastern provinces leaning toward British style and western provinces toward American.

For the reader, usage is generally not even noticed, as long as it’s consistent throughout the piece. But for the writer and editor, it is mandatory and fascinating—mandatory to use the house style when writing or editing for a particular publication; fascinating to watch the idiosyncrasies and changes before our very eyes of our universal English language. 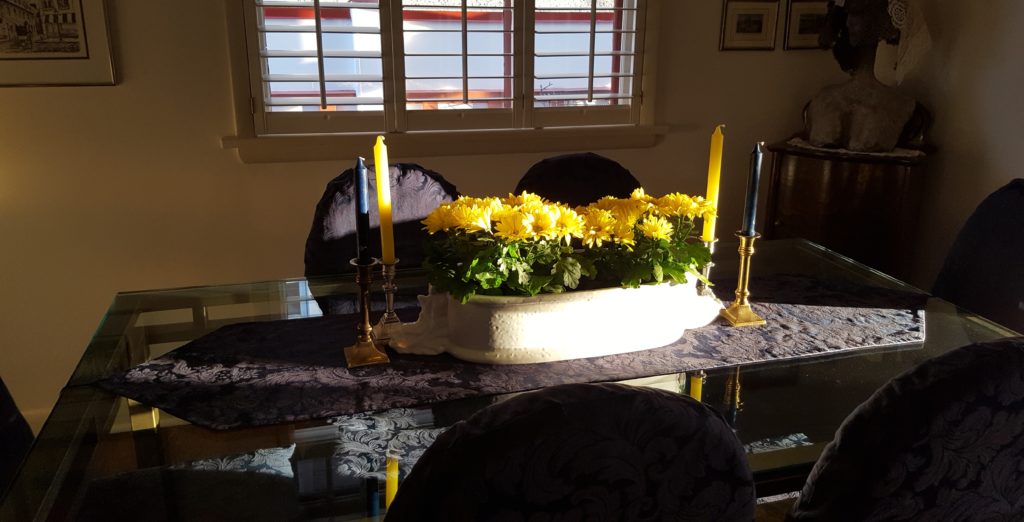 …while its home is under siege

“…for the trick about breaking taboos is that you can do it only once. After that, all you can do is endlessly reenact the breaking long after the taboos are gone. And all that remains is what is broken.” Michael J. Lewis, professor of art at Williams College, Commentary, January 2007

The sad state of our Anglo-American world is epitomized by the current #MeToo movement and its over-the-top support by Hollywood. Like so much of what it does, Hollywood’s condemnation of sexual harassment is “a tale told by an idiot, full of sound and fury, signifying nothing.” (Macbeth, Shakespeare) There is Jennifer Lawrence in her latest movie, Red Sparrow, splayed all over the screen in degrading postures and clothing—or no clothing—projecting a crude, obscene image of women. And Mother was another gem in her necklace of women’s roles, trashing that venerable role as soundly as if the very word was an epithet of hate.

And then there she is in interviews and at awards ceremonies claiming sexual harassment is rife in Western society. Yes, it is rife in Hollywood and everywhere and everything Hollywood touches. It has been thus ever since the movie industry began, with the open sewer of starlets’ sexual exploitation being an open secret. So why does Jennifer Lawrence—or the older queen bee, Meryl Streep—think she has a shred of credibility in her denunciation of sexual harassment? Do actresses and actors ever look in the mirror and see beneath the beauty of their faces the ugly hypocrisy that festers within? Do they ever have a twinge of guilt at the human degradation they rub in viewers’ faces?

“It is grimly fitting—“ironic”, if you prefer—that the era of sexual liberation should come to an end exactly 50 years after the Summer of Love. The defining banner, “Love, peace and happiness”, has lost all lustre in the autumn and winter of Weinstein,” as TLS observed in its NB column of December 15, 2017. Icon after icon—rampantly in the arts and heavily skewed to the left—has fallen to the accusations of inappropriate behaviour, with their professional and personal lives smashed to smithereens. Some try to fight back, but the mob—in pink pussy hats – ugh!—pile drives ahead, heedless of any sense or sensibility in its rush to judgement and punishment. 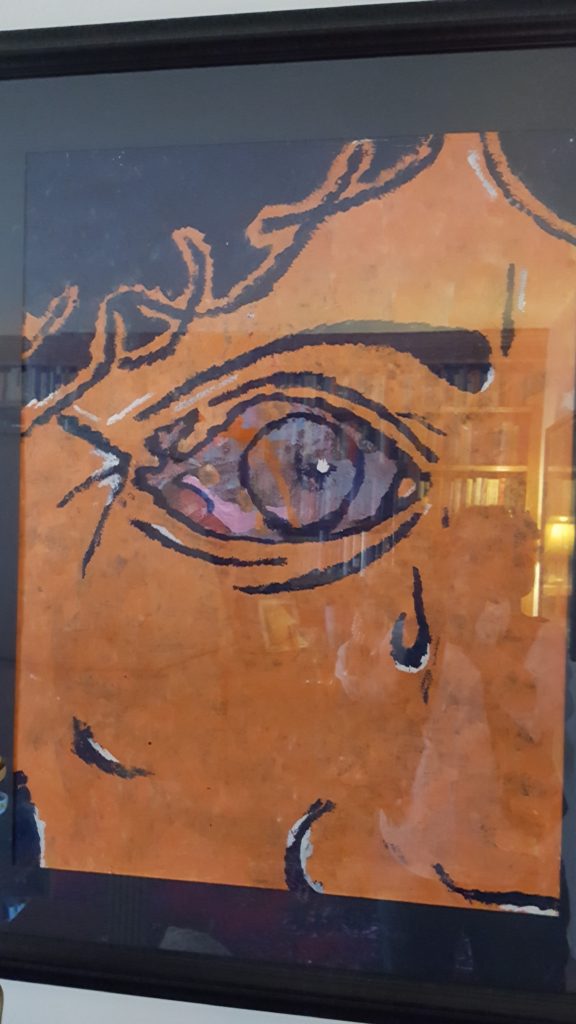 The Crying Muse by Ron Scott

The mirror crack’d. The mirror here is frightening: The twenty-teens reflect the narcissism and hedonism of the boomers in the ’60s, with a desperate edge to it because they fear everything, especially adulthood. Many of their boomer parents never achieved that wondrous stage in the human lifecycle, and in their frantic clutching at youth, encourage their offspring’s travesty of rebellion.

The horror. And so we come full circle: the boomers rebelling against The Man from their protected, privileged redoubts upheld by their scorned parents; their children rebelling against Western civilization—wholly ignorant about what it is or how it came to be—from their protected, privileged redoubts upheld by the very bourgeoisie they scorn. Oh, “The horror! The horror!” (Heart of Darkness, Joseph Conrad)

…but English and its home offer hope

Disgusted and dispirited by the movies of today, my husband and I have entertained ourselves with movies of yester year on cold winter nights in 2018. What sheer pleasure to listen to witty repartee—that you can understand without pounding music drowning all dialogue—and a triumphant kiss—that tells you everything you need to know about the romantic union! 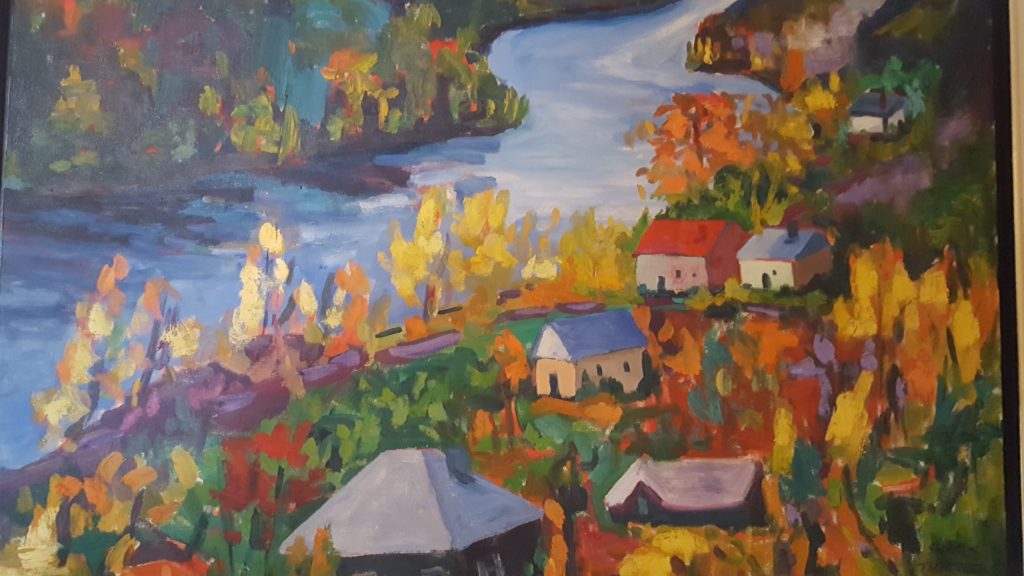 The Village by Sharon Thirkettle

Cultural strength. The other night we watched Mrs Miniver, and I saw the resiliency of the Anglo world. The second world war had wrought its damage to England: The Miniver’s house had suffered much damage from the nightly bombing while the family huddled in the dugout in the garden, but it still stood; the son’s wife was killed by debris from a bomb on the way home from taking him back to the airbase, but he still flew; the old stationmaster was killed in an air raid, but old and young still carried on with home and civic duties.

And there they all were, the family and parishioners, in the bombed-out church at Sunday service as neatly and well dressed as they could manage in the dangerous days in 1940. They raised their voices to the open sky, praising God and asking for the strength to protect their beloved Isle. They were indomitable, loyal to one another and patriotic to their country. All the Hitlers in the world cannot beat that.