It’s time to be unfashionable

I love fashion. My blog was inspired by fashion, and it’s been a recurring theme in this blog, reflecting its significance in my life. I dress fashionably everyday, whether I’m working all day in my home office or out & about in the city. It respects my person and presents a pleasing appearance to the people I encounter in my travels, from family & neighbours to friends & strangers. Like anything worthwhile, it takes discipline to be groomed daily, and effort to make sure the tools & clothing for the task are in good repair & immaculately presentable.

But I am decidedly unfashionable in the current zeitgeist of political correctness, cancel culture and critical theory—in short, the current culture of radical leftism. I see no option but to be unfashionable and push back against the totalitarian tide of wokery. As I watched this mob of ‘educated’ idiots coalesce over the years, I kept thinking the mob just couldn’t get that large because its reasoning was so shallow and so flawed. But I was wrong. The left’s philosophy is not based on reason, but on the most destructive of the seven deadly sins that humans are heir to: envy.

It is impossible to reason with envy. 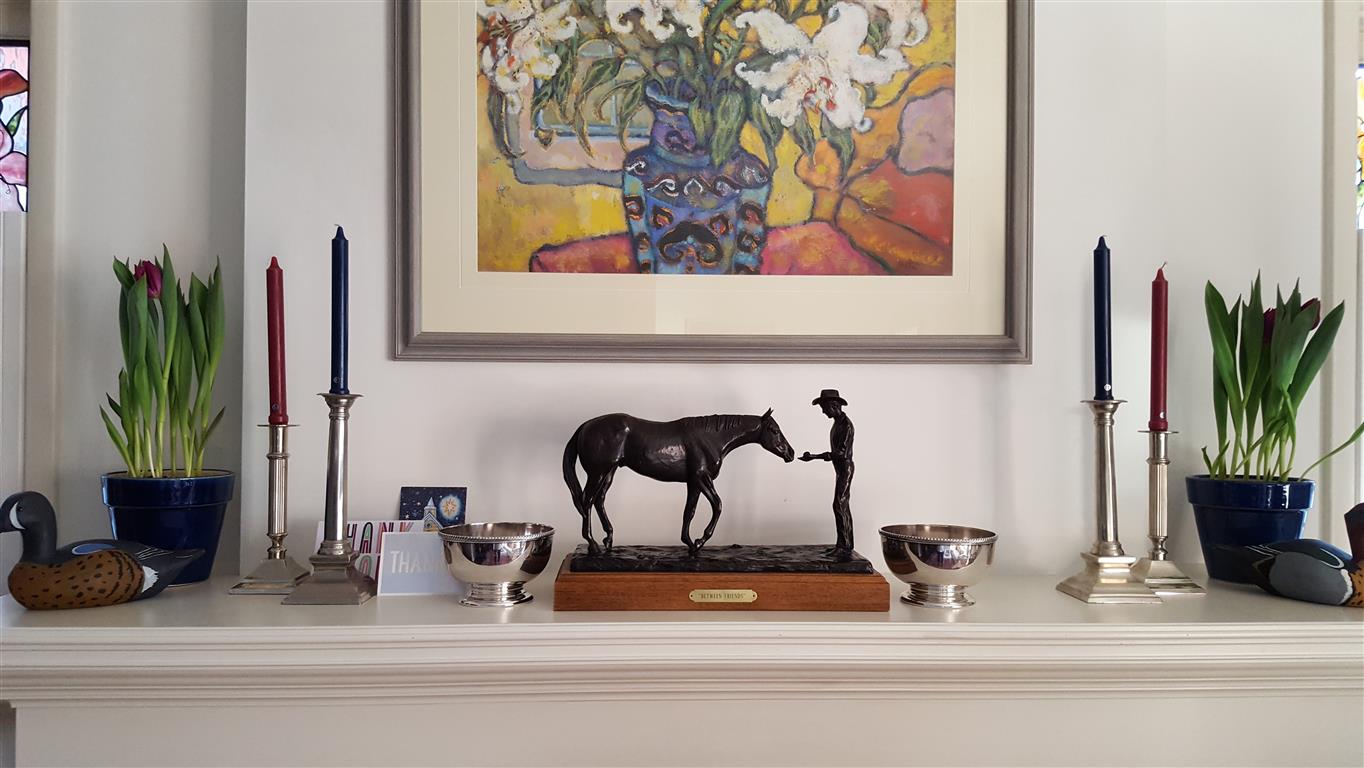 News from the Pigs of Animal Farm

As I reread Orwell’s Animal Farm this fall, it felt like I was reading the mainstream media reporting on all the news the pigs deem fit to spread, and suppressing/deleting any news of what was actually happening. For instance:

• The burning, looting & rioting led by Antifa & BLM all through the spring & summer in US cities, causing billions of dollars in damage & numerous deaths reported as ‘mainly peaceful protests’ VS the half-million Trump supporters converging on Washington to protest a presidential election that clamoured for investigation—infiltrated by a few vandals, who I would guess were Antifa & their comrades—reported as an ‘insurrection’.

• The Trump supporters’ march on Washington denounced as an insurrection VS the left’s violent rampage in Washington during Trump’s inauguration in 2016 shoved down the memory hole with a comprehensive attempt to suppress all evidence of it.

• Stating that the Republican charges of election fraud were baseless in 2020 when the courts denied any investigation of multiple irregularities VS Hillary Clinton & the Democrats’ ceaseless accusations of a stolen election in 2016 and the long, costly Mueller investigation ending in no evidence supporting their accusations—and not a murmur of apology for their false accusations!

• The death of George Floyd that sparked the riots reported as police brutality VS his autopsy revealing that Floyd was a dead man walking with so much & many drugs saturating his system, thus cause of death was a drug overdose.

• The toppling of statues reported as the people’s justified disgust at imperfect historical figures VS the mob setting themselves up as judge, jury & executioner for these historical figures—making irony concrete by the spectacle of intellectual pygmies judging giants of talent & achievement—and constituting an offense against law, order and democracy.

• The endless stories about the West’s iniquities reaching into the deep past reported as germane to every current injustice to every ‘victim’ VS their scorn for any mention of the Antifa riots & destruction at Trump’s inauguration 4 years ago and the very recent summer riots spearheaded by BLM and their comrades in Antifa.

• The choice of words to describe their proponents—peaceful, protestors, social-justice warrior, victim—VS the words they use to describe anyone & everyone who disagrees or even questions their goals—violent, mob, racist, white supremacist. Black Lives Matter, NOT All Lives Matter.

It just goes on and on. Even my beloved National Post—the last hope of at least some conservative thought—is succumbing to the trend. In the January 20th edition, Tyler Dawson’s article is full of woke-speak, starting with the head & subhead: WELCOME TO TELEGRAPH, GAB AND OTHER SHADOWY PLATFORMS – HARD RIGHT FORCED TO FIND NEW PLACES TO SPREAD ITS MESSAGE. With the hard left in charge of all mainstream media, it’s no surprise that the ‘hard right’ needs other platforms. Or is Dawson implying that the hard right—meaning anyone right of Marxism—should have no platform? Just agree or shut up, seems to be our choice.

His first words reveal his bias, “In the wake of the mob attack on Capitol Hill in the United States…” Who said it was a mob? American citizens have the right to go to and congregate on Capitol Hill, their centre of government, a government that characterizes itself as democratic. And a democracy that claims to be “of the people, by the people, and for the people”. Then he quotes Barbara Perry, the Director of Hate, Bias and Extremism at Ontario Tech University. Even her title is right out of 1984 and Brave New World, which should alert anyone with an ounce of historical knowledge that her position & views will be tainted by, to mimic his slant, hard-left cant.

She lives up to her title when she says, “The backlash against that (tech companies’ ban of conservative viewpoints)…it’s another sign of their victimhood, so their actually using that to garner sympathy and support for the movement.” Well, that took my breath away. For months & months, I have been reading & watching the proliferation of victimhood on the Left. Victims are in the ascendant in their leftie utopias, with the various groups fighting for supremacy: To be a victim in as many ways as possible is la crème de la crème of the ruling Comintern. 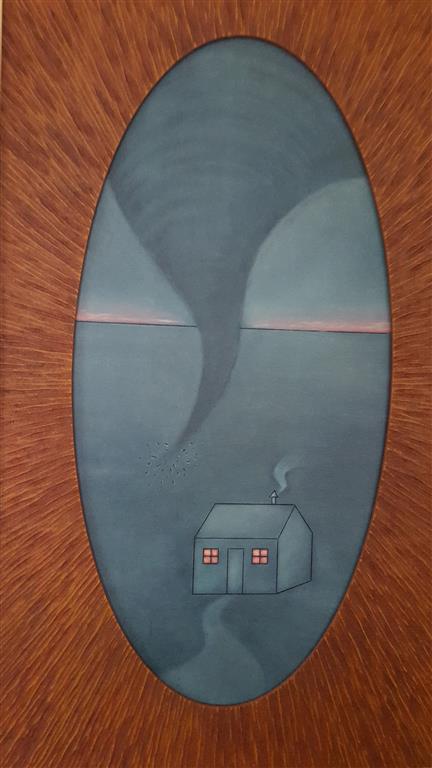 Dawson blithely goes on righteously with nary a nod to another point of view. “Facebook is also a hive of misinformation, not just when it comes to extremist political views, but on vaccine hesitancy and other conspiracy theories.” Facebook shares its ‘hive of misinformation’ with the left side of the political spectrum, with a ton of celebrities spouting their vacuous views on the horrors of Trump. Then Dawson mentions Gab, “a Twitter-like platform that prides itself on being free-speech-friendly, and was the preferred message board of Pittsburgh synagogue shooter Robert Gregory Bowers.” So I guess we should condemn the platform because it has a heinous user. Oops, that means we must condemn all platforms, and all media for that matter.

History by the Left 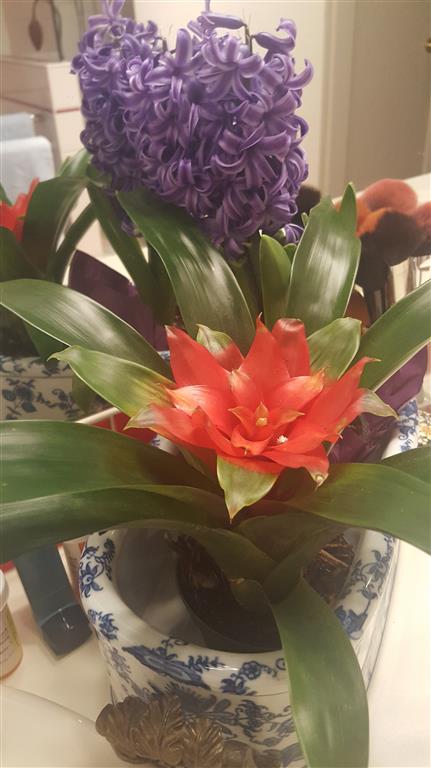 Not to be outdone by our big brother south of us, Canada has its own well-oiled grievance culture fed & groomed by the Left. Like big brother, that Left now encompasses academia, which has seeped down from the universities to pollute every educational layer right down to nursery schools; government, politically encompassing the Liberals, NDP and Greens and the vast majority of public employees; and business, with corporations being pressured, then coerced by taxes & regulations, to adopt ESG (environmental, social & governance) criteria, which will lead them down the yellow brick road to acceptance by Greta & Co.—OR bankruptcy. You’ll drown, but the water will be clean (maybe).

One of the biggest revisions in our northern country is the portrayal of residential schools as all bad, conceived in infamy and carried out in cruelty. A couple of the biggest purveyors of this view are James Daschuk’s Clearing the Plains: Disease, Politics of Starvation, and the Loss of Aboriginal Life and the Final Report of the Commission on Residential Schools headed by Murray Sinclair. Neither set out to dig down and get as accurate a picture as possible of the schools’ history. Rather, their goal was to exacerbate division between Indigenous Canadians and settler Canadians. And both were paid for by the Canadian taxpayer, Daschuk as a university professor and Sinclair as a Senator.

Patrice Dutil does an excellent job of poking huge holes in their revisionist history in “Not Guilty”, The Dorchester Review, Autumn/Winter 2020. In the Western world, “school was universally held to be the best instrument to inculcate literacy, numeracy, and mainstream values”. Faced with a nomadic, Stone-Age, Indigenous population who would have to compete with a settled, Industrial-Age white population, I’d say the motive for residential schools was mixed, like all things human. The two ways of life were incompatible, and we would be disingenuous to pretend the Indigenous way of life would prevail. So it was either adapt or die for the Indigenes. Which is crueler: Let them die or attempt to teach them the skills to survive in the Industrial Age?

Residential schools started circa 1830, before Confederation, but became official Canadian policy in 1880. So Sir John A. Macdonald—Canada’s first prime minister AND the prime mover to found the Dominion of Canada—suffers the brunt of the Left’s opprobrium. Yes, he was an advocate of residential schools, but he also advocated “that Canada’s Indigenous peoples be respected as equal subjects of the Queen”. And he advocated that Indigenous girls be educated as well as boys. And his Conservative government’s budget for Indian Affairs “constituted the third largest program expense of the Dominion” before the financial crash of 1883, in spite of the Liberals’ opposition to this use of the federal treasury.

An honest question for any critic of Sir John’s handling of the Indigenous peoples would be, “What would you have done in the circumstances & mores of the late 1800s?” Alas, social-justice warriors never supply any reasonable answer. 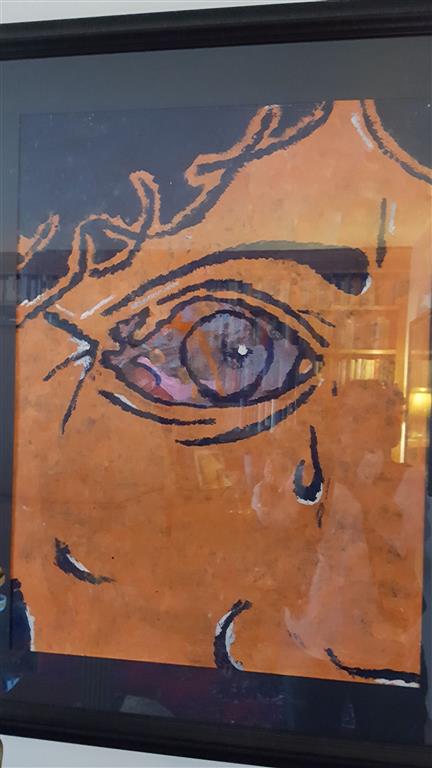 Life at residential schools was hard, but life everywhere in pioneer Canada was hard. As I told my granddaughter, her life today is so far removed from my childhood in the mid-1900s that her view of residential schools is seen through a distorted lens—distorted by her given of food & shelter whereas everyone, Indigene & settler, had to work all day, every day to provide that food & shelter, and distorted by the revisionist history she is being taught. It is hard for young people to understand circumstances far different from their lives of plenty, I agree. But it shouldn’t be hard for them to reserve judgement of their ancestors’ behaviour before trying to gain at least some understanding of past lives.

Being unfashionable in my views is a little like spitting in the wind. And those views are guaranteed to be unfashionable in the continuing reign of the Left. But to achieve any sliver of goodness, I will continue to wipe the spit off, and keep challenging the zeitgeist.