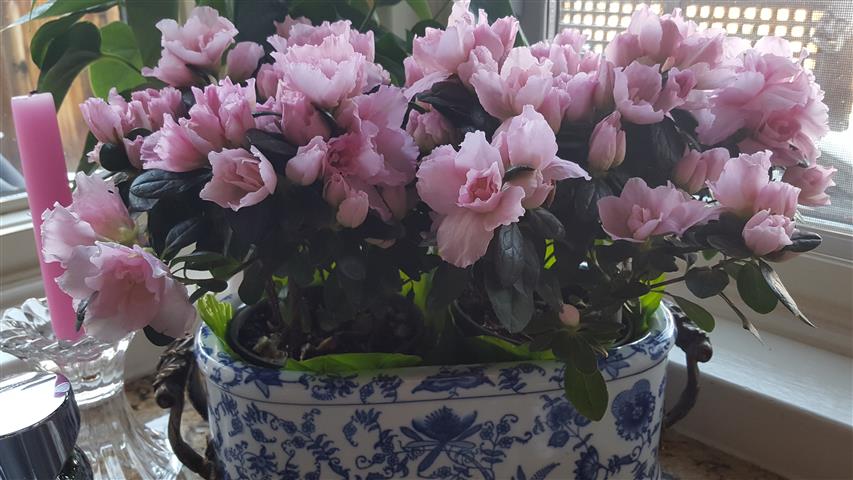 The oldest hatred makes a comeback. Like ocean waves, antisemitism has troughs and crests, never completely dying. Antisemitism’s 100-foot wave crested in Hitler’s Nazi regime, and there was hope that the shock of the Holocaust would drain the swamp. But it didn’t.

It is relentless. And the leading players this time around are the progressives with their various shades of socialist politics, from pale pink to the deepest red, united in their hatred of the Jews. “Anti-Jewish and anti-Israel attacks are off the charts by any metric—numerical and viciousness—in Europe and North America,” Vivian Bercovici, Canada’s former ambassador to Israel, writes in an article in the National Post.

She cites the attacks in the Pittsburgh synagogue, in the California synagogue, in the Jewish Museum of Belgium in 2014, in the Hypercasher kosher supermarket in Paris in 2015, casual slander by Norwegian rapper defended as free speech by its government…and it goes on and on.

Even Deborah Lipstadt in her book Antisemitism: Here and Now diminishes the force of her compelling indictment of our failure to condemn this virulent virus by treating Donald Trump and Jeremy Corbyn as equivalent anti-Semites. Trump—perhaps the most pro-Israel and pro-Jewish president of the modern era—has a Jewish daughter and grandchildren, and a powerful example of his strong support of Israel is moving the US Embassy from Tel Aviv to Jerusalem. 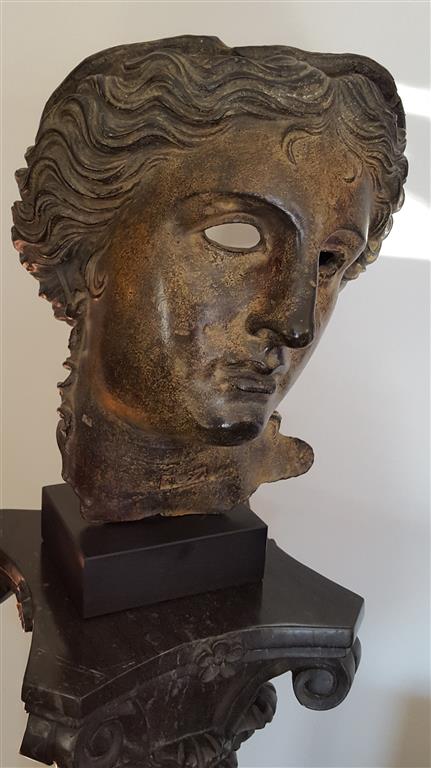 Corbyn, on the other hand, attended Arabic ceremonies espousing death to Jews, has publicly and often said Israel should disappear, and has supported the Boycott, Divestment and Sanction (BDS) movement from its inception in the early 2000s. And the only people who deny the blatant antisemitism of BDS are the bien pensants and useful idiots who deny the bloody history of their favourite lefties, Lenin, Stalin and Mao. 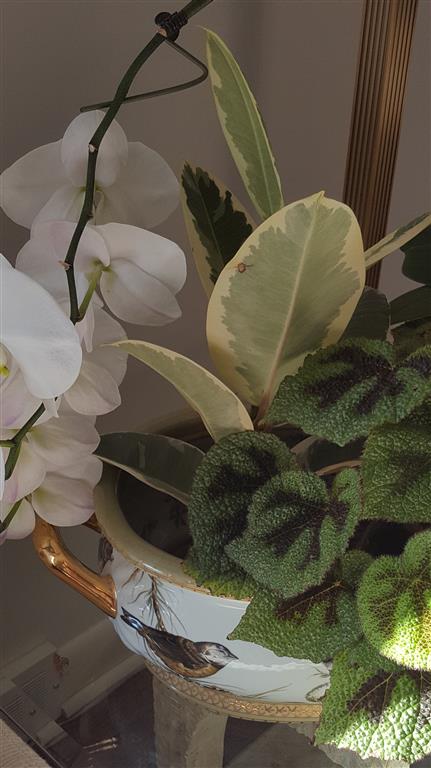 But it is never banal. Hannah Arendt did huge harm using “the banality of evil” to describe the Nazi leaders and their relentless drive to exterminate the Jews. In “The Enduring Outrage of Hannah Arendt’s Eichmann in Jerusalem”, Commentary, March 2018, Ruth Wisse expresses her disgust with Arendt’s portrayal of the trial. “(Norman) Podhoretz finds her (Arendt’s) universalistic distaste for the Jewish people perilously close to Nazism’s xenophobic aversion to the Jews. In sum, her report on the banality of evil demonstrated to him ‘the perversity of (her brand of) brilliance’.” Saul Bellow, too, took issue with her stance; Mr. Sammler, the protagonist in Mr. Sammler’s Planet, says, “The idea of making the century’s great crime look dull is not banal.” And then he goes on to eviscerate Arendt’s intellectual posturing, accusing her of “Making use of a tragic history to promote the foolish ideas of Weimar intellectuals”.

Wisse elaborates that, with her characterization of the Holocaust, Arendt reclaimed German philosophy by rehabilitating the German mind and showing how it could be done “by going—not beyond, but around, good and evil…Arendt was to remain the heroine of postmodernists, deconstructionists, feminists, relativists, and internationalist ideologues who deny the stability of Truth.” Amen to that! And Conrad Black’s inversion of her judgment—“the evil of banality”—brilliantly captures the bandwagon of horror unleashed by Hitler in ‘civilized’ Germany. Our current bandwagon is the progressive mantra that Western civilization is evil and must atone for its sins; like Nazism, progressives brook no argument and scorn no tactics to achieve their goals.

And then we have Muslim representatives elected to the US Congress spewing anti-Semitic vitriol in the heart of the leader of the Western world. Ilhan Omar (D. Minn.), rescued by the US as a child from the hellhole of a Somali refugee camp, regularly bites the hand that feeds her by tweeting blatantly anti-Semitic messages. Rhashida Tlaib (D. Mich.), child of Palestinian immigrants, tweets along with her sister Muslim insults to Israel and to Jews. No creativity is needed, just the old canards of American Jews’ dual loyalty, Israel’s apartheid regime—this is rich when in fact Arabs have more rights and privileges in Israel than they do in PA or Hamas territories; and when push comes to shove, the Israeli Arabs cling tenaciously to remaining in Israel—and Jews’ control of the world.

A leader in this pervasive Muslim antisemitism is Linda Sarsour, a progressive activist who shows up front and centre whenever there’s complainin’ to be done about the state of American governance. “I’m tired of white men negotiating on the backs of people of color and communities like ours,” she whines in her criticism of Chuck Schumer, the Senate minority leader and a Jew. Victor Davis Hanson, in “The New, New Anti-Semitism”, National Review, January 15, 2019, writes, “But the new, new anti-Semitism has added a number of subtler twists, namely that Jews are part of the old guard whose anachronistic standards of privilege block the emerging new constituency of woke Muslims, blacks, Latinos, and feminists.” Balderdash to that!

Antisemitism in the black community grew up in the 1960s as African-Americans demanded recognition and power in the civil rights movement. Because hatred and bias were directed at them, anti-Semitic blacks assumed they couldn’t be accused of bigotry and could say whatever they pleased about Jews. Malcolm X and the Black Panthers led the way and many followed, Hanson writes: “James Baldwin (‘Negroes are anti-Semitic because they’re anti-white’), Louis Farrakhan (‘When they talk about Farrakhan, call me a hater, you know what they do, call me an anti-Semite. Stop it. I am anti-termite. The Jews don’t like Farrakhan, so they call me Hitler. Well, that’s a great name. Hitler was a very great man’), Jesse Jackson (‘Hymietown’), Al Sharpton (‘If the Jews want to get it on, tell them to pin their yarmulkes back and come over to my house’), and the Reverend Jeremiah Wright (‘The Jews ain’t gonna let him [Obama] talk to me’).”

Speaking of Obama, he led the parade of antisemitism: He disparaged Benjamin Netanyahu, Israel’s prime minister, and overtly preferred the Muslim Middle East, culminating in his farcical nuclear deal with autocratic, ‘death to America’ Iran; he appeared in smiling photo-ops with Farrakhan, with not a hint of condemnation from the mainstream media; he reluctantly distanced himself from Reverend Wright only when Wright’s toxic fumes became so potent that even his fawning media couldn’t ignore the smell; and he hung out with rap and hip-hop musicians whose lyrics drip with antisemitism.

“These are alarming times for Jews in Britain and Europe,” Melanie Phillips writes in “Time to Leave?”, Commentary, July/August 2018. Leading the anti-Semitic charge is Jeremy Corbyn, leader of the British Labour Party, with his open friendship with such terrorist groups as Hamas and Hezbollah. Britain has seen its Jewish population grow in numbers and strength since Oliver Cromwell’s readmission of Jews in the mid-1660s. Now, with Corbyn’s election not a longshot and incidents of anti-Jewish insults and libels multiplying, many Jews are seriously considering emigrating to Israel.

The Netherlands, another haven for Jews since the 1600s, is seeing more and more anti-Semitic slurs and attacks; France and Germany are rife with Muslim attacks on Jews in the streets and in the synagogues; and a May 2017 survey conducted by the Pew Institute in Eastern and Central Europe showed a consistent 20% didn’t want Jews in their country and 30% didn’t want them as neighbours.

Phillips attributes antisemitism to three sources: on the right, on the left and in the Muslim community. On the right, there are white supremacist groups, but they have tiny memberships, representing a radical fringe with neither power nor influence. On the left, there are many, from political parties to mainstream media conglomerates to university professors & students, all with immense power and influence.

But the elephant in the room is Islamism and Islamization both from within and without: from within by the vast influx of Muslim immigrants into Europe in the last few decades and from without by the terrorist activities of Islamists, bursting on the world stage in this century with Bin Laden and Al Qaeda, and escalating to the apogee of brutality with ISIS a decade or so later.

In The Strange Death of Europe, Douglas Murray documents how Western Enlightenment values, administered through a liberal-democratic nation state, have been eroding since the 1960s. And this erosion has accelerated since the turn of the century with the primary cause being mass Islamic immigration into Europe, altering the very fabric of our Christian civilization. He documents how multiculturalism became the approved mantra, with anyone questioning it denigrated as a racist and treated as a pariah in the corridors of power. 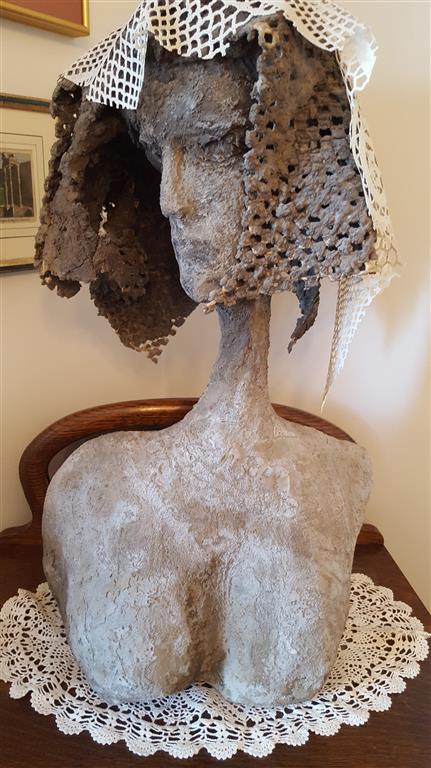 Throughout this erosion, majorities in every European nation did not support this high level of immigration, but the leaders insisted that the public should just ‘get over it’. “Public opinion surveys suggest that a failure to do anything about immigration even while talking about it is one of the key causes of the breakdown in trust between the electorate and their political representatives.”

A little light on the horizon 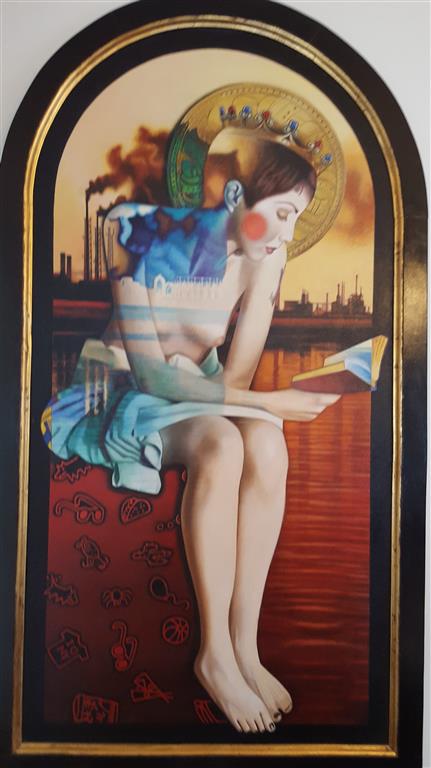 And so we come to a little light on the horizon. The US, with Trump as president and Nikki Haley as UN ambassador, has strongly supported Israel while at the same time pushing back hard at the Muslim states’ and terrorist groups’ constant criticism of the sole democracy in the Middle East. Eastern European countries are closing their doors to the Islamic tide, and insisting that those who do come must abide by the laws and governance of their countries NOT sharia law. But best of all is that Israel gets stronger and more prosperous in the face of the constant barrage of invective—and rockets—from Hamas, the Palestinian Authority, Hezbollah, etc. etc.

All right-thinking people—those of us who believe in the principles of Western civilization—must object to antisemitism wherever we encounter it. We must relentlessly parry the illogic of historically illiterate progressives with the truth of what our civilization has wrought. We must advertise the superiority of our civilization to progressives’ socialism and Muslims’ sharia, especially to the young who know so little of what got us to where we are today.