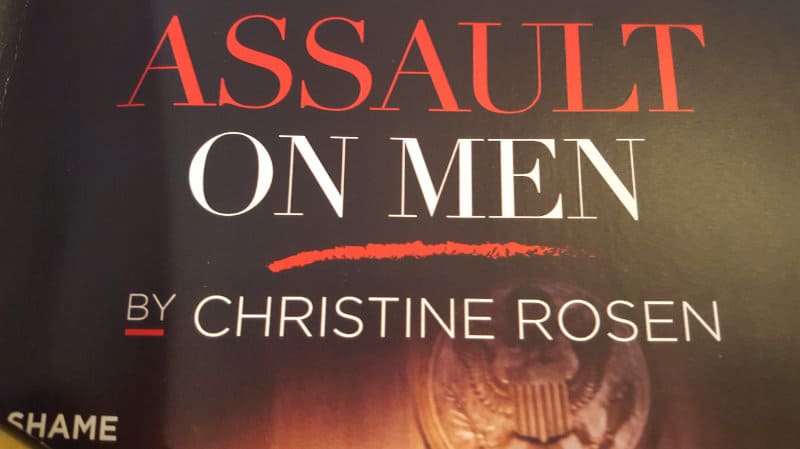 You know how progressives are so fond of declaring war? Not military war—heaven forbid! When we are fighting for our lives and way of life, it means actual blood, sweat and tears are spilled to defend actual virtues. No, progressives declare war on gender, war on privilege, war on the nuclear family… ad nauseam. Well, the guerre du jour in their toxic cauldron of hectoring is a war on men, with the focus squarely on white men.

With the academy—from preschool to postgraduate—teaching students to hate Western civilization, the conversation has arrived at its logical conclusion: Western civilization is mainly the product of white people, especially white males; therefore, the woke warriors must hate our greatest accomplishments, our culture and each other. And only we whites must make reparations for our mistakes; all other ‘coloured’ cultures are given a victim’s pass.

The academy has sowed the wind. Western civilization is reaping the whirlwind. And as usual, the front line is in the US of A.

Obama catered to all things intersectional, and progressives assumed Hillary Clinton would continue his agenda when she donned the President’s mantle. Their hubris came crashing down, as hubris always does for us flawed humans, when Trump snatched the mantle from her and reverted to governing in more traditional ways. Well, Trump Derangement Syndrome (TDS) set in with a vengeance and has continued every hour, every day, every week by everyone—except the ‘deplorables’, aka the conservatives, aka the majority—with no letup in sight.

So when Trump said, “It is a very scary time for young men in America, when you can be guilty of something you may not be guilty of,” referring to Brett Kavanaugh’s scurrilous treatment by the Democrats and their progressive cadres, all snark broke loose in the chattering classes. Any defence of men, especially white men, was not allowed in this era of #MeToo. TimesUp, #BelieveWomen, #BelieveSurvivors. Hawaii’s Senator Mazie Hirono told reporters, “I want to say to the men of this country: Just shut up and step up.” I guess the ‘step up’ part meant to step up to the left’s guillotine of public scorn. What about presumption of innocence? Pshaw, what an old-fashioned, male philosophy! 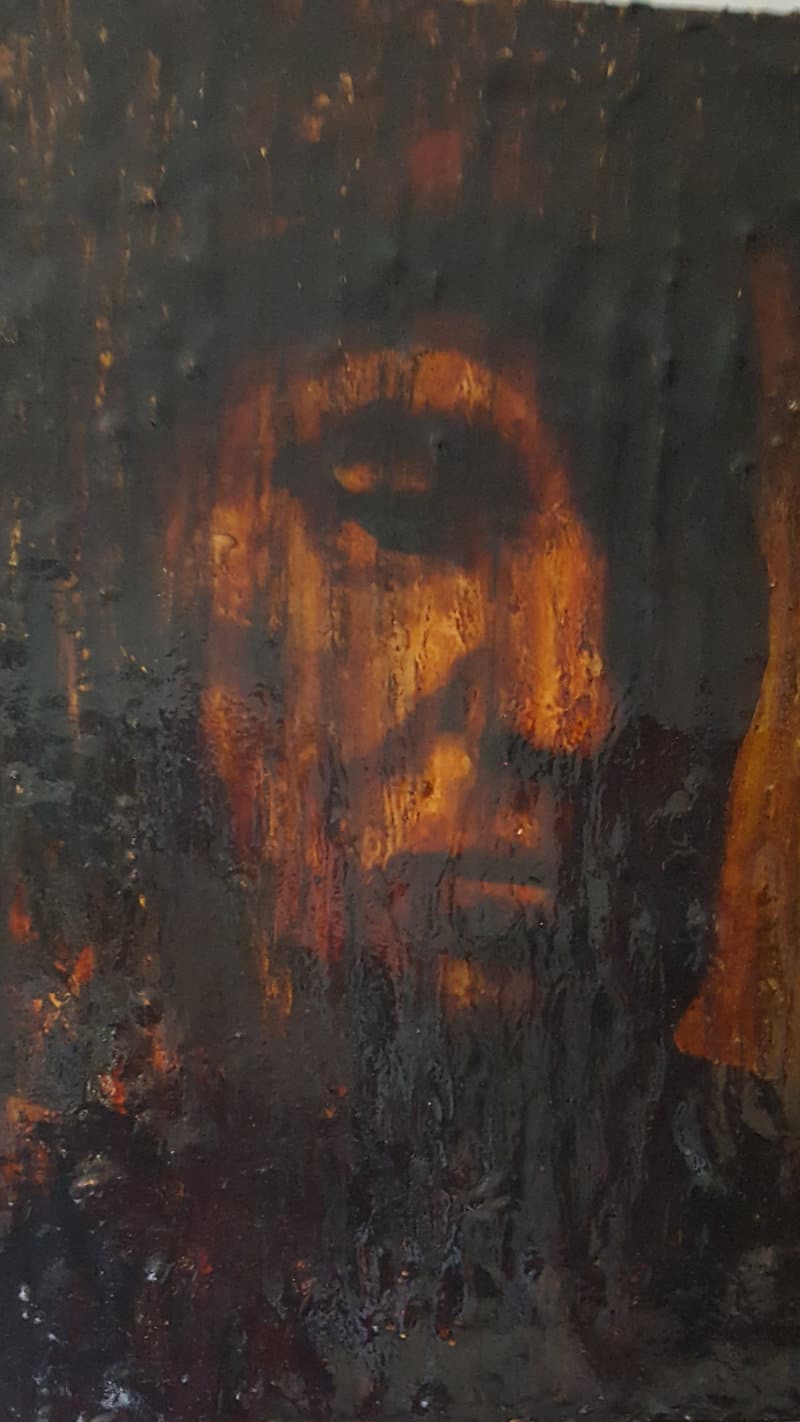 This cauldron of hate brewed in Kavanaugh’s confirmation hearings has moved two key ideas from the feminist fringe to the progressive mainstream, as Christine Rosen writes1:

Ironically, it’s progressives themselves, with their socialist politics that will stop at nothing to gain power. And feminists are leading the way. As I wrote in a previous blog, the feminist movement, of which I was a part in the 1970s, has long since abandoned the notion of equality of opportunity for men and women. What was once fringe—the 1969 “Redstockings Manifesto” claiming that ‘all men have oppressed women’—is now mainstream in the war between the sexes. (Oh, how traditional I am being, talking about the sexes as being male and female only!)

The manifesto laid the groundwork for all the #women movements of privileging feelings over facts: “We regard our personal experience, and our feelings about that experience, as the basis for an analysis of our common situation,” it stated. Which has led to the mission statement for today’s #women’s movements: An accusation is enough. All women believe other women. Due process? That’s a male concept, and therefore must be thrown away. Talk about throwing the baby out with the bathwater! So imagine their fury when many women, me included, reject their feelings-based justice in favour of due-process-based justice, and cite facts and evidence as our reason.

Like so much on the left, the social-justice warriors were personifying the antithesis of objective, blind justice.

And the man-hating bandwagon rumbles viciously along, propelled by the mainstream media and their chattering subscribers. The New York Times, that bastion of leftie think, hired Sarah Jeong for its editorial page in spite of her virulent, and abundant, man-hating tweets. The Washington Post featured an op-ed by Suzanna Danuta Walters, a sociology professor, in June 2018 in which she wrote, “It seems logical to hate men.” (When I hear ‘sociology professor’, I avoid their insights like the plague; they belong in the ‘studies’ branch of higher education and produce poor, benighted graduates with no marketable skills.) 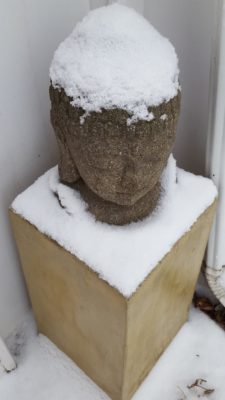 The usual suspects rear their misandrist heads: Jessica Valenti wearing a t-shirt that said ‘I bathe in male tears’; Blythe Roberson in her book, How to Date Men When You Hate Men; Amanda Hess in Slate writing it’s an in-joke (dissing men) among feminists to build solidarity. The hashtags proliferate: #BanMen; #KillAllMen; #MenAreScum. And underlying all this misandry is the message that we must tolerate everything women do and have zero tolerance for anything remotely sexist men might do.2

Just when you thought things couldn’t get more toxic, along come the ‘experts’. The rule-by-experts is another manifestation of the progressives’ mindset: First, they indoctrinate them in the schools; then they cite them as experts. The American Psychological Association (APA) begins the year by publishing Guidelines for Psychological Practice with Boys and Men, which state that masculinity is a “particular constellation of standards that have held sway over large segments of the population, including anti-femininity, achievement, eschewal of the appearance of weakness, and adventure, risk, and violence”. Summarized by Stephanie Pappas on APA’s website, the guidelines show “traditional masculinity is psychologically harmful and the socializing boys to suppress their emotions causes damage that echoes both inwardly and outwardly”. As Toby Young, a father of three boys, pointed out in the Spectator, “the word ‘transgender’ occurs more often (56) than ‘masculine’ (53)” in these guidelines.

“As these new APA guidelines suggest, today’s adherents of the therapeutic faith worship the false god of intersectionality.”3

In defence of men

As in any war, the other side started to fight back, with the leading general in this war being Jordan Peterson. Peterson, a professor of psychology at the University of Toronto and a clinical psychologist, emerged on the public square when he pushed back at the lefties who demanded he use their concocted pronouns rather than the traditional pronouns of the English language. His fame rapidly rose as reasonable people cheered his resistance to the social-justice warriors who had cowed so many into following along to get along. 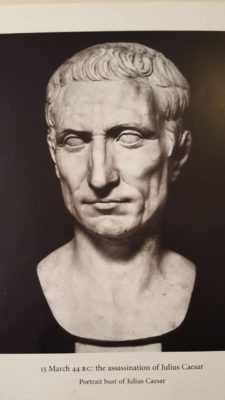 In a two-page spread in the Canadian national newspaper, National Post, Peterson challenged the APA’s guidelines, characterizing them as “an all-out assault on masculinity—or, to put it even more bluntly, on men”. He goes on to write, “We cannot allow ideology and political correctness to prevail over science. The Boys and Men document is propagandistic to a degree that is almost incomprehensible.” The document’s terminology gives the leftist game away: gender, cisgender, gender bias, masculinity ideology, oppression, privilege.

But, of course, the authors try to dress up their political viewpoint in the clothes of science. Peterson strips away the scientific disguise to reveal the naked hard-left philosophy underlying the APA guidelines. He reveals Dr. Peggy McIntosh’s unscientific method of arriving at her concept of ‘white privilege’; he reveals that the claim that ‘socialization for conforming to traditional masculinity ideology’ is negative in a myriad of ways was based on research by the very same people who wrote the guidelines; he reveals how the APA guidelines get it ass-backwards blaming masculine socialization for boys who are violent, when the data show it is fatherless boys who “are overrepresented as alcoholics, addicts, gang members, prisoners, rapists and murderers”.

Peterson ends his piece with a much-needed excoriation of his fellow psychologists. “The document produced by the APA purporting to provide guidelines for the psychological treatment of boys and men is disingenuous, scientifically fraudulent and ethically reprehensible. I believe that the people who wrote it (the APA document) are ill-informed, ideologically possessed, morally weak, and malevolent in their unacknowledged and overweaning resentment.”4

Into this minefield of anti-male tripwires comes Bertie Pollock, “a precocious six-year-old of distinctive sweetness, thoughtfulness, honesty and kindness,” who longs for a normal boyhood. Bertie is the protagonist in Alexander McCall Smith’s 44 Scotland Street series, with the first novel in the series published in 2005 and the latest one in 2017, A Time of Love and Tartan. “The series portrays Bertie’s struggle to free himself from his insufferable mother and her program of aggressive gender neutrality. Smith offers up a stinging takedown not merely of a style of parental hothousing, but of psychotherapy, feminism, the attack on masculinity, and social-justice hectoring,” writes Charles Sykes.5

And Bertie has found sympathizers right across the globe, much to the surprise of his author. “People are more anxious about Bertie than they are about any of my other fictional characters. They want him to find freedom. They want him to escape,” McCall Smith says. The author is best known for his No. 1 Ladies Detective Agency series set in Botswana whose protagonist is Precious Ramotswe, a woman overflowing with exuberance and good will. McCall Smith’s feminist bona fides are firmly in place. 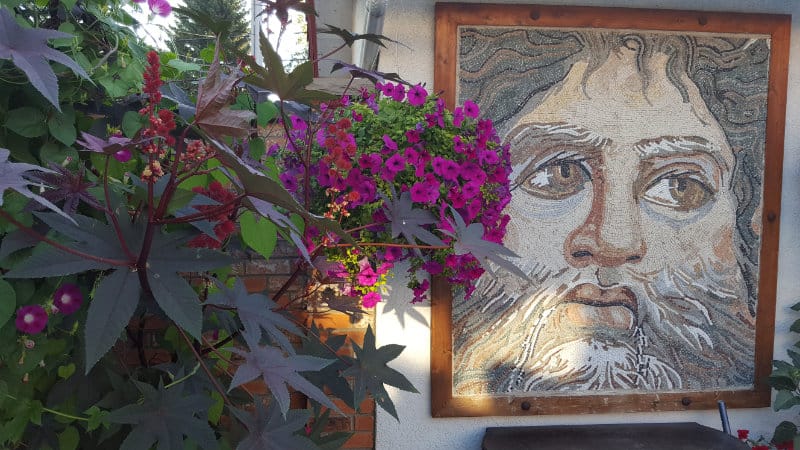 Bertie’s mother, Irene, is a woman right out of the social-justice warriors’ cast of characters. She is obsessed with progressive child psychology and worships at the altar of gender fluidity and its denigration of masculinity—a forerunner of the APA’s guidelines for suppressing masculine traits! She starts her Bertie Project, as she calls it, before Bertie is born, exposing first the fetus, then the baby, then the boy to “theatre, music, and the plastic arts”. All the while, Bertie just “wants to play with other boys, join the Boy Scouts, go camping and fishing, and someday perhaps get a Swiss Army knife”. I remember it well when our seven-year-old son longed for a Swiss Army knife and was in heaven when it appeared under the Christmas tree. They are neat gadgets!

Irene is desperate to be on the right side of the social discourse, that is, on the left side, in all things. She is politically progressive and scorns all the old traditional things, such as conservatives and the church; she reads The Guardian and is horrified when her husband, Stuart, brings home a Telegraph (in Canadian terms, the Globe and Mail and the National Post); and she disdains children’s classics such as Winnie the Pooh, stating A.A. Milne, its author, “was the product of a typically repressed and authoritarian Edwardian household”. Irene is going to prepare her son to thrive in the brave new world of gender neutrality that progressives hope to build in the Western world.

Given a choice between the utopia envisioned by progressives and the Edwardian world of authority and repression, I must say I lean toward the known faults of the latter over the horrors inevitable in the former.

True to form, McCall Smith rewards the reader with an upbeat denouement that allows Bertie to be a boy: eating pizza and watching television; going camping with one of his new friends; and having a belated birthday party with boys and actual games. This sweet vision inspires one to keep fighting the gender war to allow boys to be boys, and girls to be girls, and ever the twain to meet and fall in love. 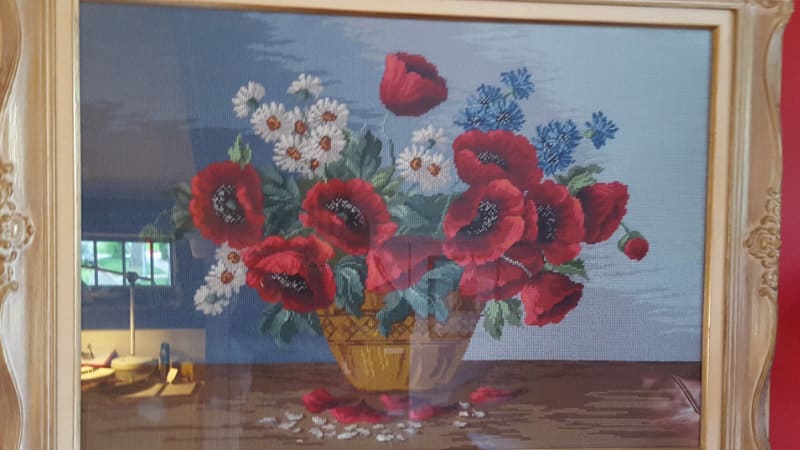